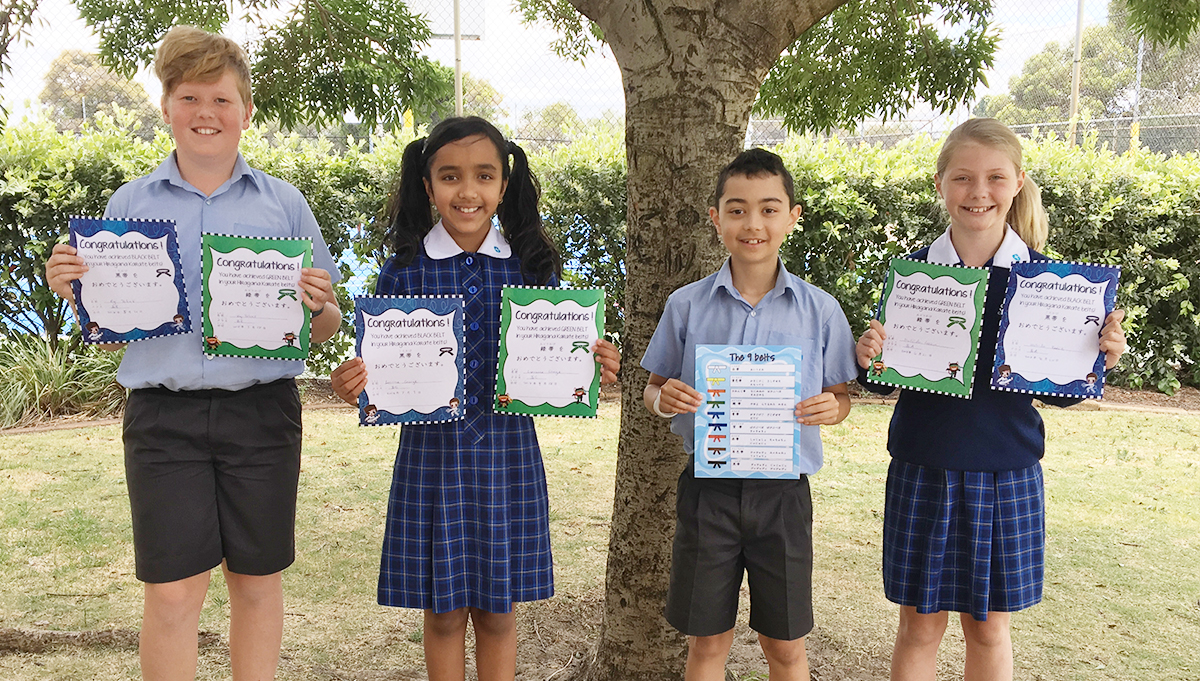 This year in Japanese, the Year 5s began the Hiragana Karate Belt program.

Hiragana is one of the writing systems used in Japanese and represents all the sounds that make up the Japanese language. Through the program, students were challenged to work their way through nine ‘belts’ from white to black, each corresponding to certain characters used in Hiragana script.

Some students then moved onto Katakana, another script used in the Japanese language. Ky J (5B) worked hard to learn all Hiragana and Katakana and spent some of Term 4 reading simple Japanese children’s books. Well done to all the Year 5 students for their efforts!