Music Under the Big Top 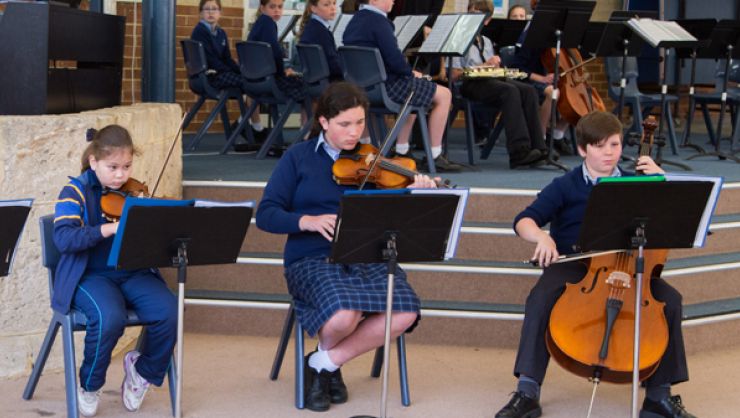 Under the Big Top Orchestra concert was held in the Junior School undercover area in September.

Afternoon Tea was served for the parents and grandparents who attended to support our students as they performed. The orchestra played a number of pieces, including the Donkey Round, Frères Jacques, Mexican Jumping Bean and Gypsy Minka. There was also a flute duet, cello and guitar solos as well as a string ensemble item. A special thanks to Mrs Anne Wheat for conducting once again.