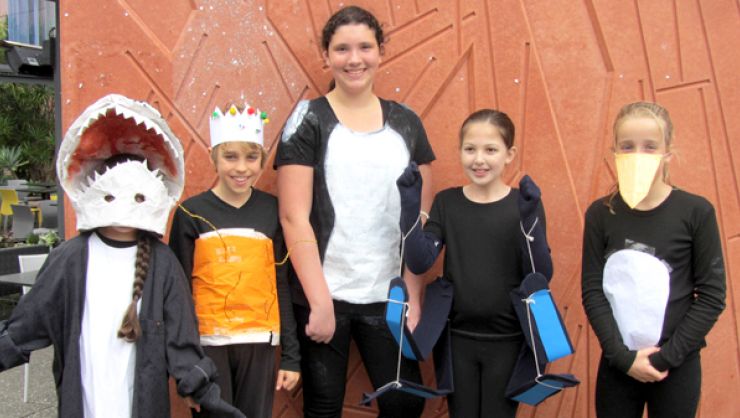 Optiminds is a problem solving competition designed to encourage creativity and teamwork. Students completed the two components of the challenge: a long term problem solving task which students work on for six weeks prior, and a five minute spontaneous challenge.

This year we entered three teams in Division 1 for Year 4 to 6 students. Team 3 participated in Tales Retold where they set the story of the BFG underwater with a cheeky octopus and some sharks who were trying to eat the penguin. Team 1 completed Dig It where they were required to create a lost civilisation and come up with three artefacts of importance. Team 2 were stretched with It’s About Time where they had 30 seconds on their self-devised timer to defuse a bomb. The timer was based on the idea of a marble run.

Team 2 were awarded the Alec Pascoe Spirit of Opti-MINDS Award for being the team in the competition who best illustrated: working consciously and with integrity, overcoming obstacles, being flexible, adapting to change and harnessing all strengths, and supporting all weaknesses within a team.

Well done to the Team 2 students, Joshua M, Eva S, Dylan R, Ciara M and Jack M.  All three teams were exceptional on the day and in their preparations.