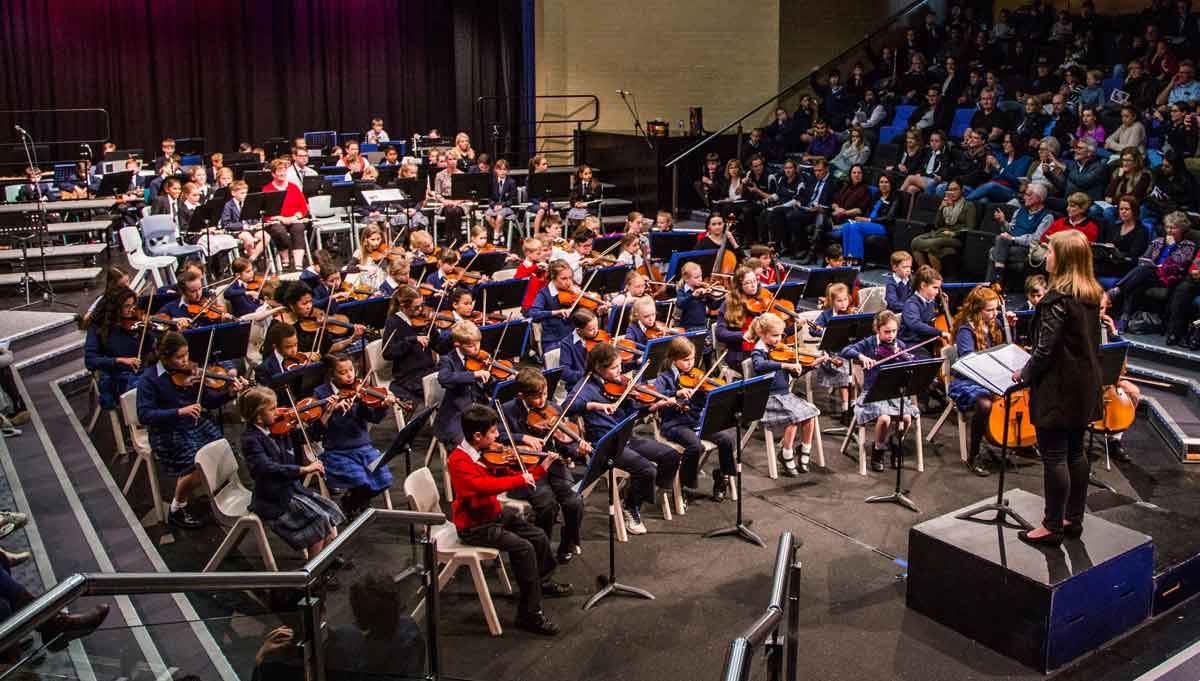 For two days last week, over 150 students from SCEA Junior Schools and other invited schools came together to make music. The kids were put into one of three performing groups and then proceeded to rehearse and workshop their pieces in preparation for the final concert at the end of the second day.

The concert was fantastic with the Maali Mia Theatre full of family and friends listening to the music. The concert featured the Training Band (kids who have been learning for about 6 months), the String Orchestra, the Performing Band (more advanced players) as well as Kalamunda’s Choir, a boom whacker item, drumming and a few drama presentations.

The concert’s theme was a night at the movies, so all the presentations featured music from movies or TV shows. We even had a surprise visit from Darth Vader. A real highlight was the final number that saw everyone playing together – some 150 students playing and singing the Addams Family all together.

Congratulations to the students from Swan Christian College and the Piccolo Choir who got involved in the workshop. Well done to all the students, parent helpers and staff on a very busy and successful two days.