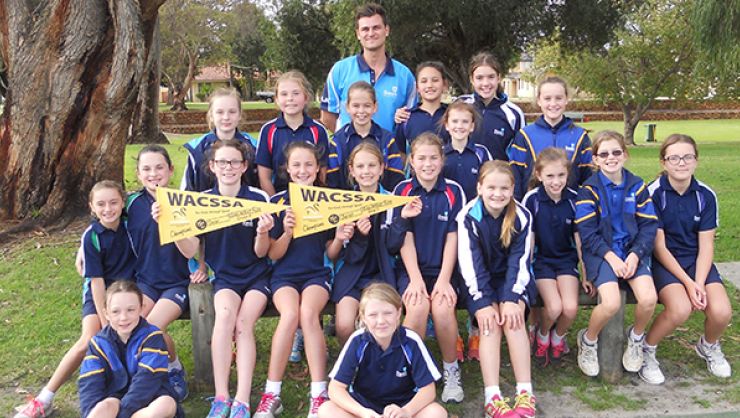 On 24 June, two Year 5 teams of girls competed in the 2016 WACSSA Netball Carnival. It was a beautiful day and the girls were excited to get into the competition.

Both teams started really well, winning their games and working well together, and as the day passed, their competitive effort won through. They fought hard in the finals and won the competition, returning back to school with two WACSSA flags!

I would like to congratulate the girls on their sheer determination, sportsmanship and over all workmanship. Thank you to all the parents that came out to support and help run the teams. A warm thank you to Hayley who helped coach one of the teams to victory.