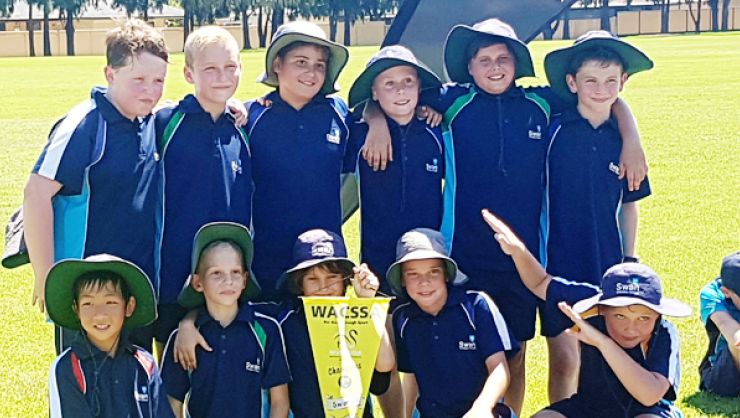 It was an exciting way to start the WACCSA competitions this term with a game of competitive Tee-Ball.

All students were keen to get out on the field, winning all but one of their games to make it to the finals where they went up against the team that had beaten them in the previous game. When i asked the boys if they thought they could win, they all united and shouted, "yes, we will".

The team went out and in the first innings scored a total of six home runs followed by a further eight home runs for the second innings. They won the game by a total of four home runs, a credit to their heart and teamwork.