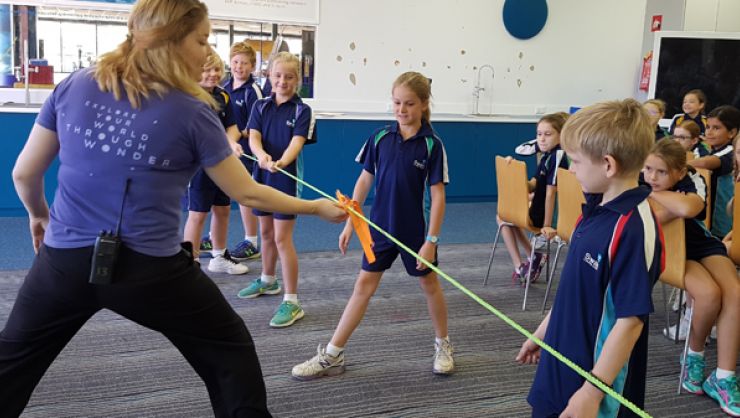 In the first week of term Year 4 students visited Scitech as their WOW Day introduction to a new study unit on Forces.

Each class participated in the Fantastic Forces program, where they were introduced to different forces such as push, pull, gravity and friction. There were lots of hands on activities, including a great tug-of-war battle between parents and students!

They were mesmerised by the Things That Glow Show, and then tested many of their physical skills when they visited the Bionic Me exhibit. Many students participated in engineering activities such as designing earthquake-proof buildings, trying to defeat the natural forces of our planet.

The Year 4’s really enjoyed their learning time at Scitech and have added it to their list of holiday places to visit!