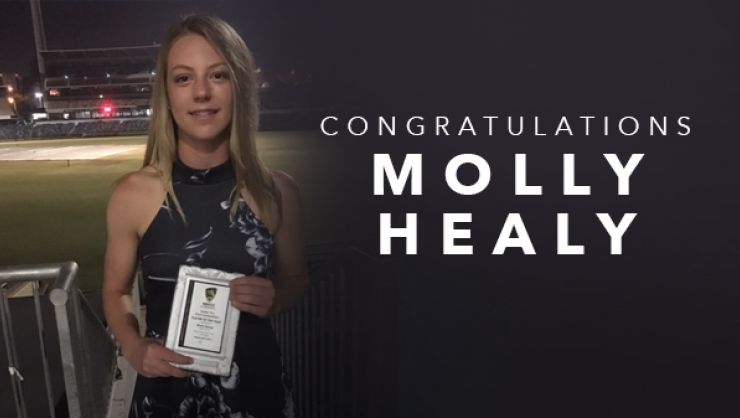 Year 8 student Molly is to be congratulated on her recent successes in both Women’s Cricket and Australian Rules Football sides.

At the recent end of season Awards Night for women’s cricket, Molly won the Perth Scorcher’s Under 15s Women’s League Player of the Year.  She also won her club (South Perth) Women’s Champion award and the Highest Run Getter/Average trophy.