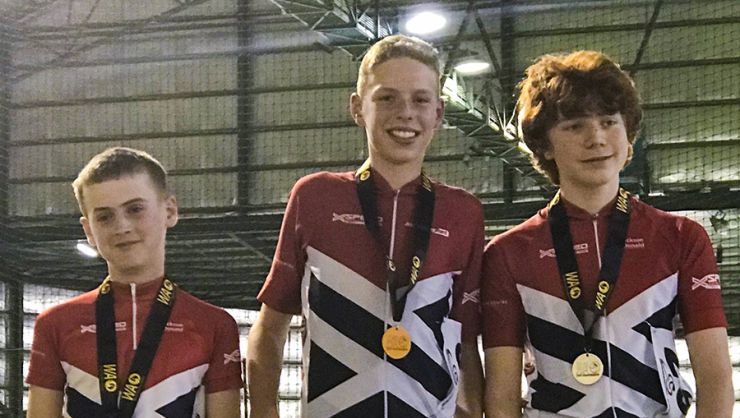 Year 9 student Nicholas has won all events in his age group at the State Track Championships and will be going to the Australian Track Nationals in Brisbane this year.

Nicholas was selected to be part of the Western Australian Institute of Sport (WAIS) talent identification program in June 2018, even though he was a year younger than the targeted age groups.

His training schedule involves three track sessions at the Velodrome each week, and two road sessions on Saturday and Sunday mornings, plus track racing every second Friday night during racing season. In 2017, Nicholas competed in his first Cycling Australia State Junior Track Championships and also achieved a third placing (his first podium finish) in the Element Road Series held in Chidlow in July 2018.

Ultimately, Nicholas would like to participate at the UCI Junior World Track Championships.

Please join us in congratulating Nicholas. We are wishing him all the best for his future endeavours.