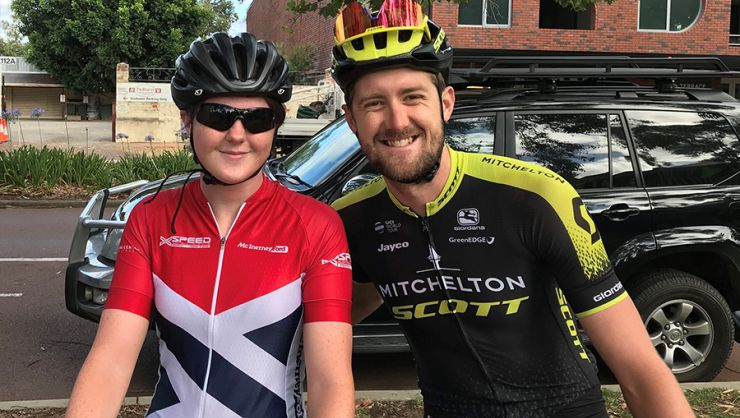 Luke and Michael Freiberg joined Zara and some of the other X-Speed riders for a ride in the hills around Mundaring, Swan View and Kalamunda.  Luke was back in Perth to catch up with family and friends ahead of the Australian National Championships which were held in early January at which Luke went on to win the Individual Time Trial and Michael Freiberg won the Road Race.

Zara has been training hard over the summer holidays with plenty of 5am rises to hit the road before the morning traffic.  She competed in eight events (both individual and team) at the Track State Championships held in December at Midvale SpeedDome where she went on to win 1 Gold, 6 Silver and 1 Bronze medals for her efforts.  As a result, Zara has been selected to represent Western Australia as part of the State Team to compete in the 2019 Australian Junior National Track Championships which will be held in Brisbane in March.

The College would like to congratulate Zara on her achievements. All the best for the upcoming competitions!