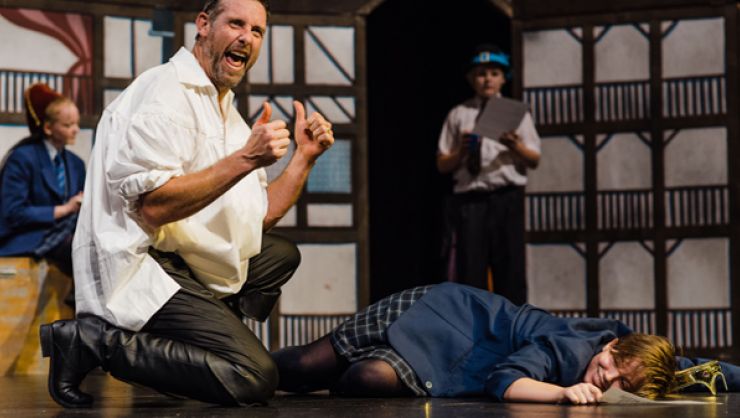 Andy Fraser is WA's only accredited stage combat instructor and trainer, and together with Halusz, they presented scenes from Shakespeare incorporating various fighting styles. Scenes included the final sword fight from Macbeth, the brawling families from Romeo and Juliet and the squabbling lovers from A Midsummer Nights Dream. Even some Drama students were called upon to play King and Queen during the final duel in Hamlet, with simple choreography of their own.

For some students, it was an introduction to Shakespeare and the language, for others it enthused them to incorporate some combat of their own in a drama class.

Overall an engaging and 'combative' lesson!