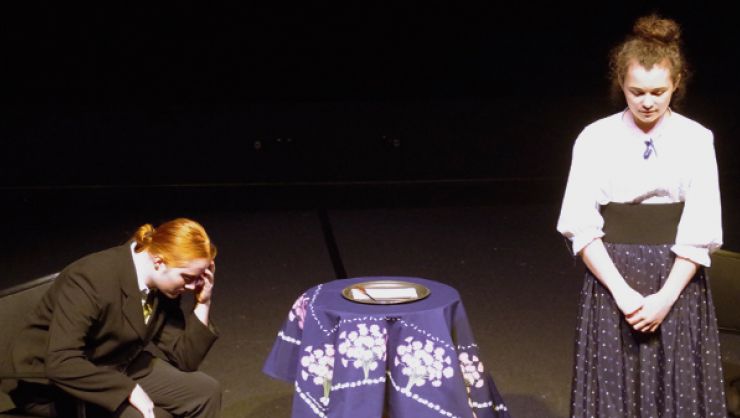 The Year 11 Drama students have had a busy term reading and studying Henrik Ibsen’s A Doll’s House.

Henrik Ibsen’s A Doll’s House is an 18th Century realist drama that explores themes of pride, sacrifical love, deceit and the construction of gender as it existed in that context. Nora and Tovald, the central characters of the play, become a ‘vehicle’ used to expose and explore what Ibsen consider to be gross inequalities between genders in his society and the inauthentic way in which people lived their lives.

The Year 11 Drama students have worked on an Extended Improvisation Task this term where they explore and extend either the ideas, forces, issues and characters presented in the text using their understanding of Stanislavski and improvisation to build scenes. Their work was both interesting, provocative and engaging.