A First for our Biology Students 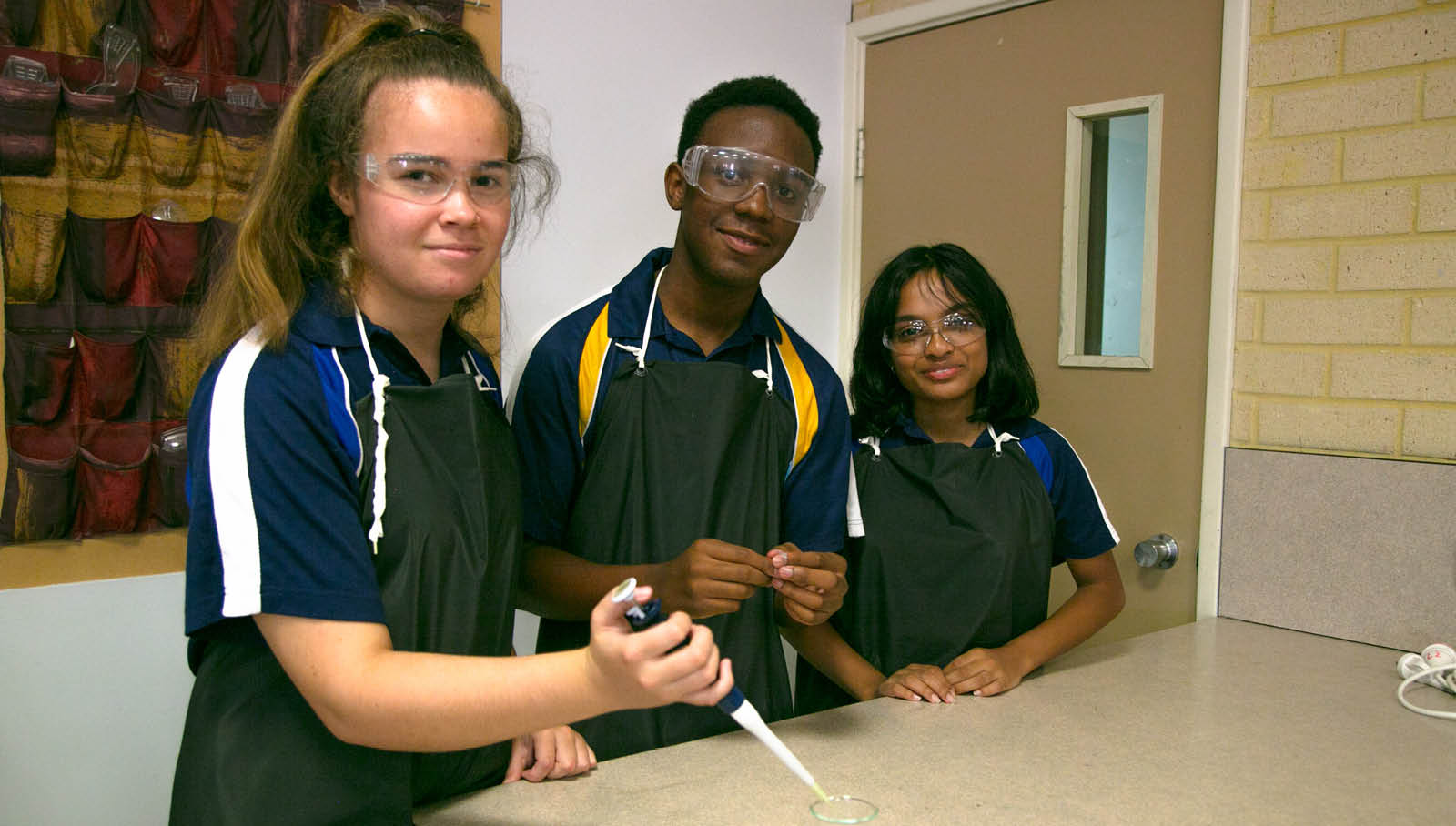 On Thursday 25 February our Year 12 Biology students (on-campus and Swanonline) took part in the first-ever Polymerase Chain Reaction (PCR) investigation carried out in a school in WA.

What is PCR? In very simple terms, PCR is a technique used to amplify segments of DNA to create sufficient amounts of a DNA sample in order to analyse and study isolated pieces of DNA. We have used a small PCR machine that in essence ‘copies’ the DNA so that we have a large enough sample to then load onto gel in an electrophoresis tank* to analyse it. Gel electrophoresis uses the electrical charges of molecules to separate them by their length. It is commonly used to analyse DNA fragments.

The students used actual inert DNA to solve a scenario. They were tasked to identify which of two unknown DNA samples – Sample A or Sample B –  belongs to a koala and which came from a quokka.

The Year 12 students received the background information that all mammals have a group of genes called the P450 genes which can detoxify poisonous compounds. However, there is one animal that stands out from the crowd.

According to research conducted by the Australian Museum, it appears that the P450 genes of the koala are made up of many more nucleotides (base pairs) than other mammals’ P450 genes – which gives the koala the special ability to survive on an almost exclusive diet of toxic eucalyptus leaves.  The significant length (size) of these genes may provide the answer to why koalas can eat an otherwise ‘toxic diet’ of eucalypt leaves and not suffer any ill effects.

Students had to analyse the size of the P450 genes in both samples and determine which sample came from a koala and which came from a quokka.

It is a very exciting development that our College can have a PCR machine in our Science department. Going forward, we may be able to ’map’ out the living organisms in our College ecosystem using DNA Barcodes**. Schools in the USA and over East have started doing this and two new species may have been identified by Australian students! We hope to use this technology in our College as a relevant and exciting STEAM (Science, Technology, Engineering, Math and the Arts) project in the future.

Our students learned how to use micropipettes and the processes of PCR and gel electrophoresis. It was fun, exciting and wonderful to see our students engaged in a relevant learning activity with progressive new technology.

*An electrophoresis tank is the small piece of equipment that the DNA samples are loaded into, using a micropipette. Using an electrical current the DNA travels through a gel with the shortest pieces of DNA travelling faster and further, and the largest pieces travelling slower. DNA is slightly negatively charged and moves towards the positive pole.

**DNA barcodes – are used to identify species using small sections of DNA collected from species. These barcodes are stored in databases.