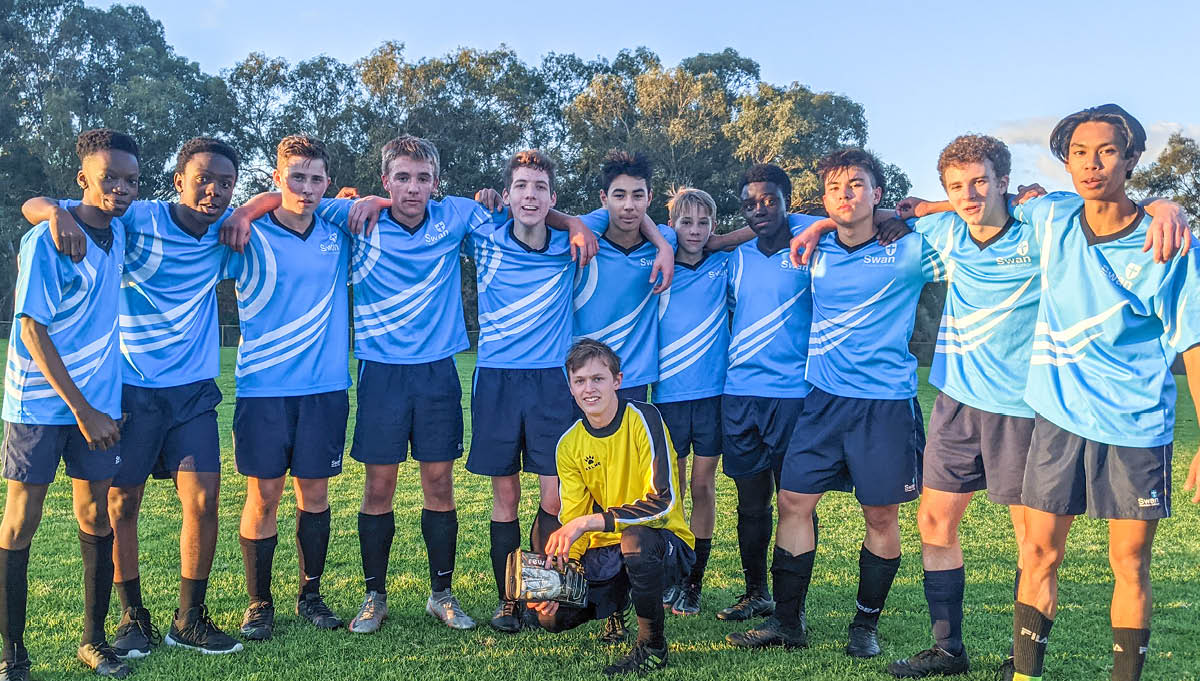 Congratulations to our senior boys’ soccer team who played in the semi-final of the Associated and Catholic Colleges (ACC) Championship on Thursday 12 August. To reach the semi-final the team had won our North Eastern Associated Schools (NEAS) subdivision of the ACC, beating La Salle in the grand final.

They then progressed to the ACC Championship where they beat Prendiville Catholic in the round of 16, and then beat John Septimus Roe in the quarter-final. The boys played extremely well in the semi-final coming back from a 1-5 deficit to fall just short in the end, losing 4-5 to Servite College.

The boys demonstrated some excellent individual skill and teamwork in all games, and I was extremely proud of the way they carried themselves, particularly when things weren’t going their way. The team was an exceptional example of what it means to represent themselves and our College proudly in the wider community.

Thank you to the staff involved in coaching and to the students and parents for giving your time to be part of the team.