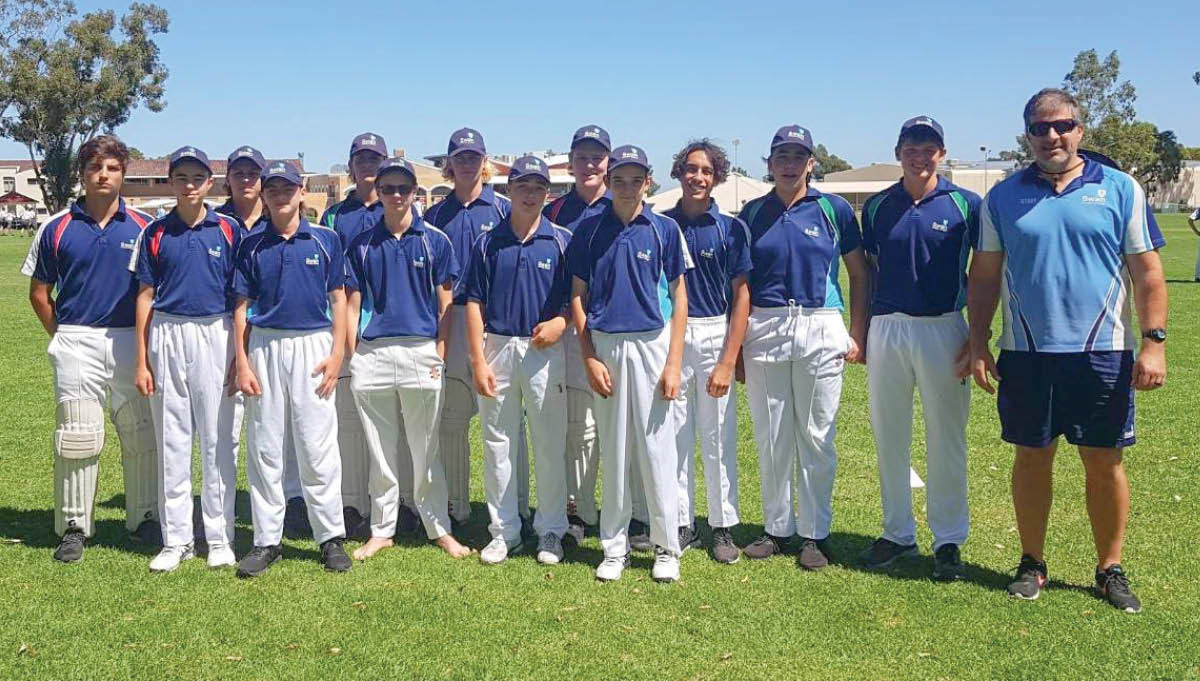 The 2021 interschool cricket season was a successful one, with the Senior Boys team playing finals for the first time ever.

Technically the team qualified for finals in 2020, winning all four preliminary matches, but COVID-19 brought an abrupt halt to that season immediately after the fourth match, meaning that finals were not played.

The team this year was markedly different to the 2020 version, with only three returning players. As such, there was some hesitation from Mr Faed about how well the team would fare, but he needn’t have been worried as some quality new players joined the team (affectionately known as “The Dingoes”).

The first match was a home game (at Jack Mann oval) against Eastern Hills SHS and after a shaky run chase in the second innings, the Swan boys were able to reach the required total with a few overs to spare.

The second match was away to La Salle College (almost another home game, given La Salle’s proximity to Swan) and this time The Dingoes batted first, making an impressive 195 runs. The highlight of that innings was a score of 65 from the skipper, Joel, who also inadvertently damaged a car windscreen (the field is very close to a staff carpark) with a beautiful hook shot for six runs!

The third preliminary match was scheduled to be played at home against John Forrest Secondary College but a poor weather forecast saw the match called off the day before. The plan was to postpone the match to the following week but John Forrest was unable to find an appropriate day to play, so in the end, the points were shared by both teams.

The fourth and final match was an away game against John Septimus Roe Anglican Community School and the equation was simple – win the match to play finals. The Dingoes batted first and scored a very respectable 153 runs. Chief among the run-scorers was the fill-in skipper for the day (Joel was on work experience), Mitchell.

He opened the batting and batted throughout the entire twenty overs. On the final ball of the innings, he was on 96, obviously needing a boundary to bring up the ton, but could only manage three runs, and finished on 99 not out! Still an amazing effort! In reply, the JSR boys didn’t go down without a fight, finishing with a score of 134 behind a score of approximately 90 from a player of their own called Mitchell.

After a few days wait to confirm that the team had in fact qualified for finals (only the top eight teams in a thirty team competition go through), the news came through that the team would be playing a quarterfinal against Mazenod College at their school.

Mazenod has traditionally been a strong team in this competition and have never lost to Swan, so it was always going to be a tough match. Added to that was the fact that this season the Mazenod bowlers had not allowed an opposition team to score more than 68 in any match!

The Dingoes batted first and made a reasonable total of 106, batting the entire twenty overs. However, against a strong Mazenod team it was always going to be a total that was a few runs short of challenging them. As such, the Mazenod batters chased down the total with five overs to spare and thus the season was over for the Dingoes.

Of the fifteen players who represented the Swan team this term (including a few Year 9 boys), thirteen will be able to play for the team again next year, so The Dingoes are looking to keep that momentum going into 2022 and perhaps create further history by winning a final.

Well done to all the boys and special mention to Mr Schepemaker, who attended all games and provided his umpiring services.