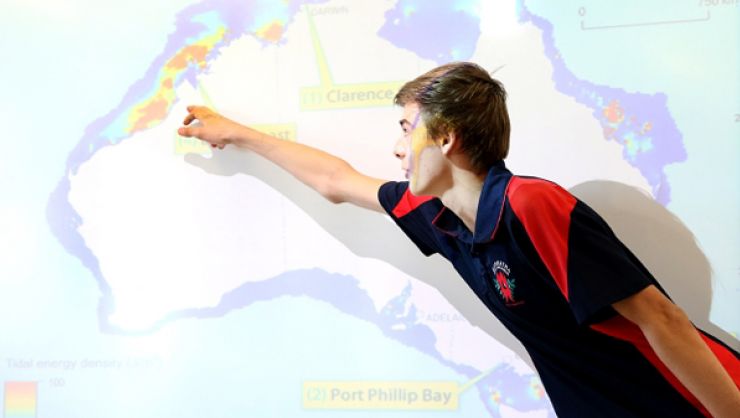 Joshua was one of 10 finalists whose work focused on making a better future for WA, with his project Measuring the Potential for Renewable Energy Generation on the North-West Shelf of Australia. He was enrolled in Year 10 at Karratha Senior High School when he was selected, and as such represented the Pilbara region in this annual competition which hosts high school students from around the world. Projects from all the students are presented and judged at a Science Fair type situation.

Josh conducted research to investigate the potential of tidal energy of the North-West Shelf and compare it between two varied locations - a dammed location locally known as ‘The Aquarium’ to mimic a tidal barrage and a local creek known as ‘Sam’s Creek’ to mimic a tidal stream generator location. From this he prepared a report, a poster, a slide show and an oral presentation to a panel of judges including representatives from both Rio Tinto and Scitech.

Joshua finished in second place in his division in Beijing, and we would like to congratulate him on his achievement.