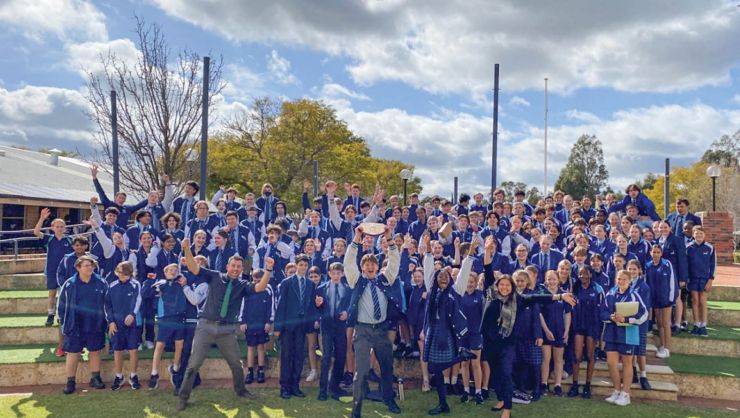 Some say opportunity knocks only once, but this is not true at Swan. As House Coordinators it is part of our job to get students to open the door when it does knock. 2022 has been a year of much opportunity when it comes to House events. Many students have opened doors and, in some cases, even kicked them down. These have all been opportunities to grow as individuals, to sometimes step out of comfort zones, to build resilience and to make new friends and memories.

Thanks must go to Mr Drew and his team for providing many of these opportunities including lunchtime sports of Floorball, Volleyball, Dodgeball and Netball; Swimming, Athletics and Cross-Country Carnivals; as well as Performing Art’s, Chess, and Visual Arts competitions. Thanks, must also go to my fellow House Coordinators and Mr Bergin who through tireless effort have helped grow house spirit at the college.

At the end of the day there could only be one winner, but really, every student that took part in some way is a winner. Congratulations to Kennedy for being crowned House Champions for the senior school in 2022. I would like to express my appreciation of the House Captains and members of Kennedy House. Venus and Josh led by example and represented Kennedy with distinction. They embodied the traits of being humble in victory, gracious in defeat, and more importantly just getting ‘stuck in’.

Congratulations must also go to Joshua M who was awarded the Kennedy MVP award for 2022. Besides his role as House Captain, Josh represented Kennedy in every event this year, leading us to victory at all lunchtime sports competitions, winning a first prize the Visual Arts Competition, finishing second in Cross-Country, runner up as Year 12 Athletics Champion and playing a leading role in our performance of ‘The Princess and the Frog’.

Many students attempted something new this year and showed courage by stepping out of their comfort zones. This is the best way to grow and discover the talents that God has given them. Opportunity is knocking at Swan, get up and meet it at the door.