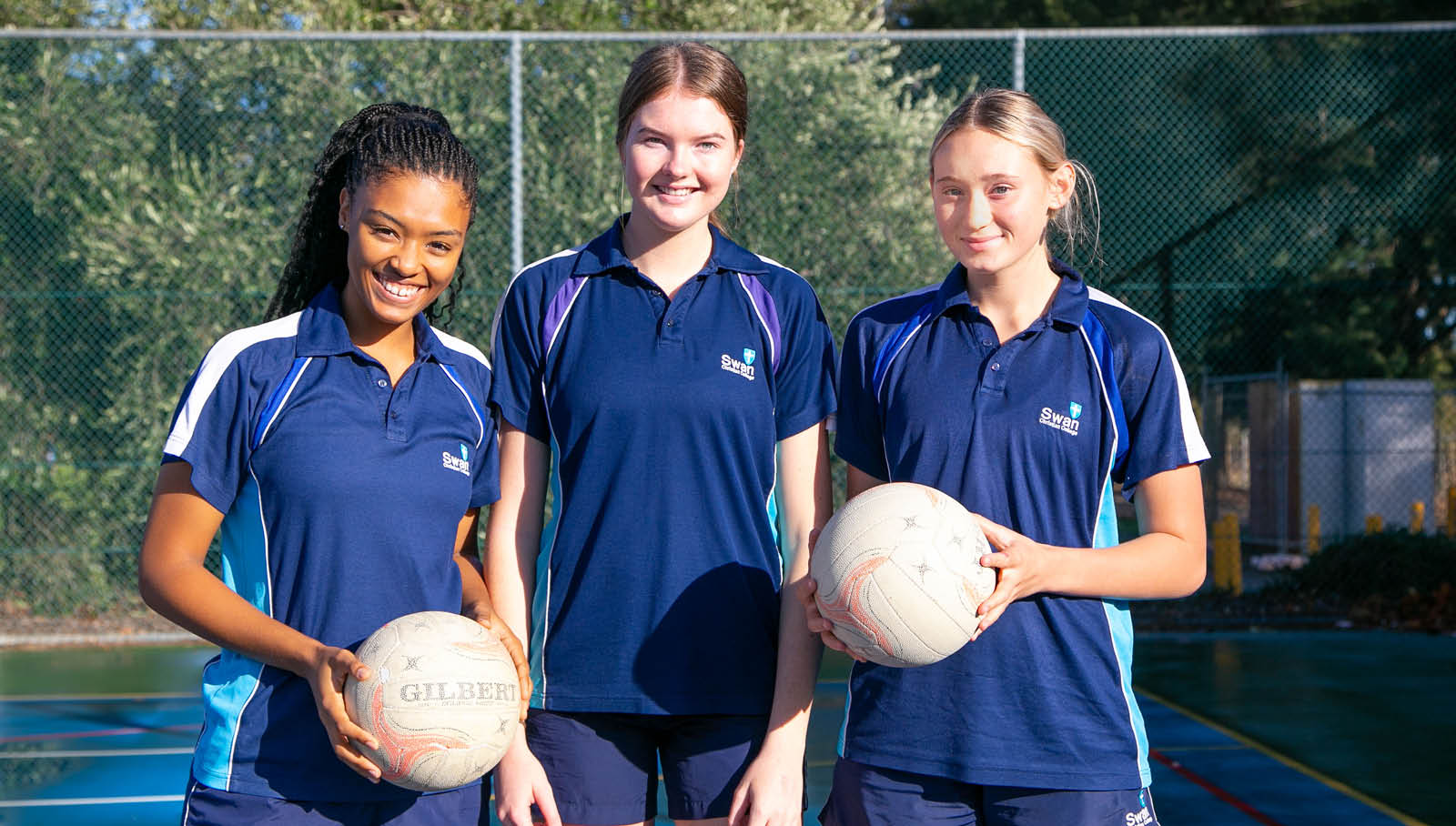 As a College, we would like to acknowledge and congratulate three of our senior students on their netball achievements. Jasmah H, Tayla S and Boudene H have all this year been selected to join the WA state netball Under 17’s team.

Each of these girls has dedicated a lot of time and effort to achieve this success, and we are excited for them and look forward to seeing where their netball journey takes them.

Jasmah starting playing netball at 7 years of age in Kalgoorlie before moving to Perth and starting up in the Swan Districts Netball Association. Having played for various teams in the association she was talent identified at 14 years old. Jasmah has successfully trialed for the WA state team over each of the last three years, and been playing in the Western Australian Netball League (WANL) since 2020. Jasmah would like to continue playing at state level and aims to make it to the Suncorp Super Netball League.

Tayla was in Year 1 when she started the NetSetGo program here at Swan. By the end of primary school she had been selected for the Swan Districts development program. Tayla’s first taste of state level netball came in Year 7 when she was selected for the WA Under 12’s team, travelling to Adelaide. She has been selected for a number of other teams and programs such as the Under 17’s Fever in Time Program. Tayla currently plays in the Swan Districts Netball Association as well as in the Western Australian Netball League (WANL) for the Rangers. Tayla would like to continue playing at state level and aims to make it to the Suncorp Super Netball League.

Boudene started playing netball at around 7 years of age for her school club. Her decision to come to Swan in Year 7 was partly due to the netball program and teams on offer at our College. Boudene has been selected in the Under 12’s and Under 15’s state schoolgirls teams, and credits a surge in her development to being selected in the Fever in Time Program in 2019-2020. She has played for Hamersley Netball Club and in 2020 was offered two contracts at Western Australian Netball League (WANL) clubs. Boudene would like to continue playing at state level, one day represent Australia and, given the opportunity, play professionally.

Each of these students is driven to learn and grow through their netball experiences, in order to release their potential. We wish them all the best and are proud to have them in our College community.