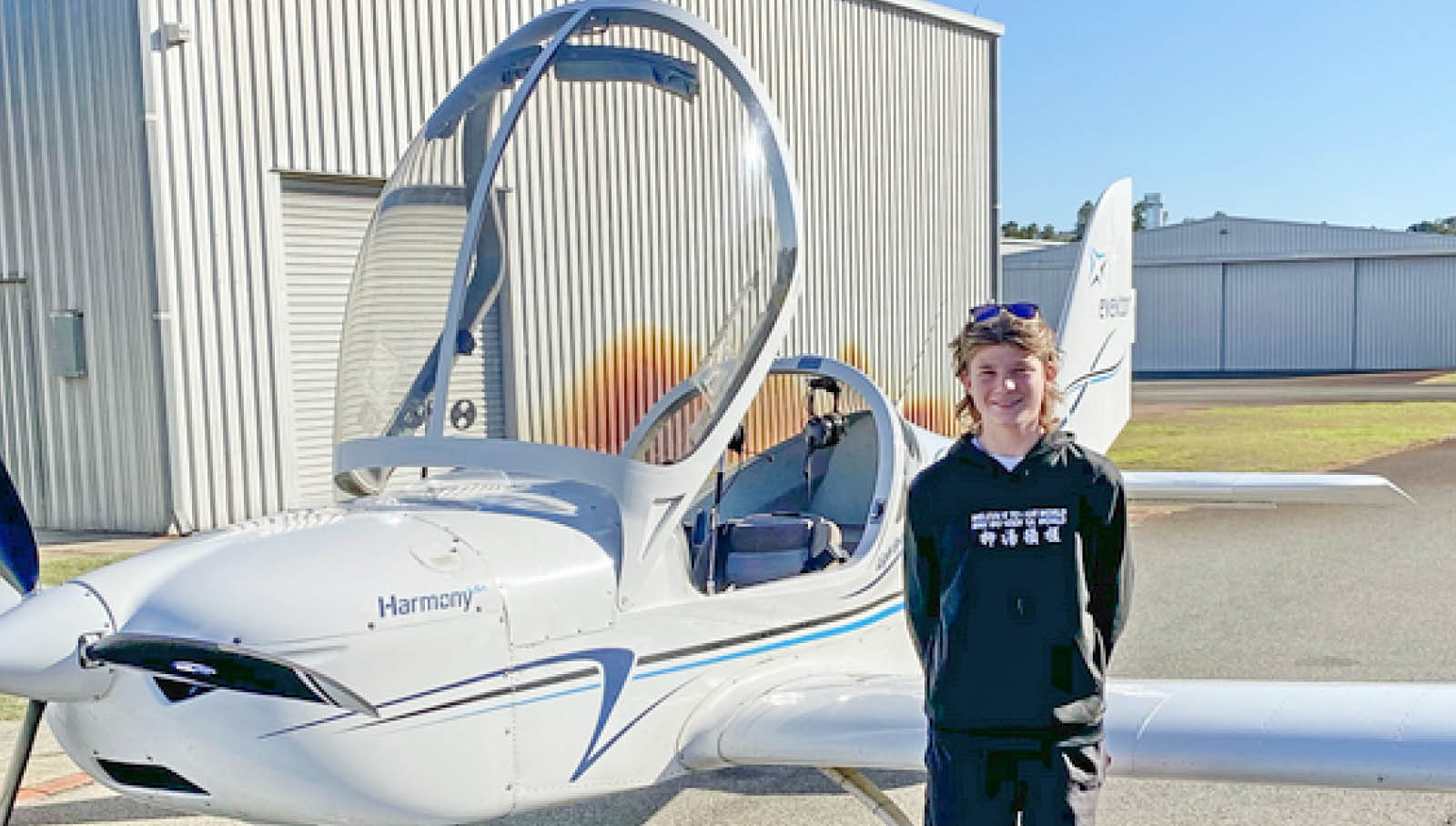 Congratulations to Boston in Year 11 who has been learning to fly and recently went on his first solo flight after just nine lessons.

Boston was introduced to his passion for flying by his dad who is a pilot. The 16-year-old has been around aircrafts most of his life so it has been a natural progression to learn to fly and he would like to pursue a career in the Aviation Industry.

In preparation for his first solo flight, Boston had to pass his Basic Aeronautical Knowledge and Radio Procedures exams, which included learning about engine handling, flight instruments, radiotelephony and aircraft equipment.

Boston was fortunate enough to have twice attended the world’s biggest air show in Wisconsin USA (back when international travel was still an option) and has visited the Air and Space Museums in Washington DC, the Museum of Flight in Seattle and the Boeing factory. He has also been most fortunate to have attended a talk by two of the Apollo 13 Astronauts, and amazingly, had a one on one talk with Astronaut Gene Cernan, the last man to walk on the moon, before he passed away.

The College would like to congratulate Boston on his student achievements and we wish him all the best as he pursues a career in the Aviation Industry.