Taste of The Future Competition 2017 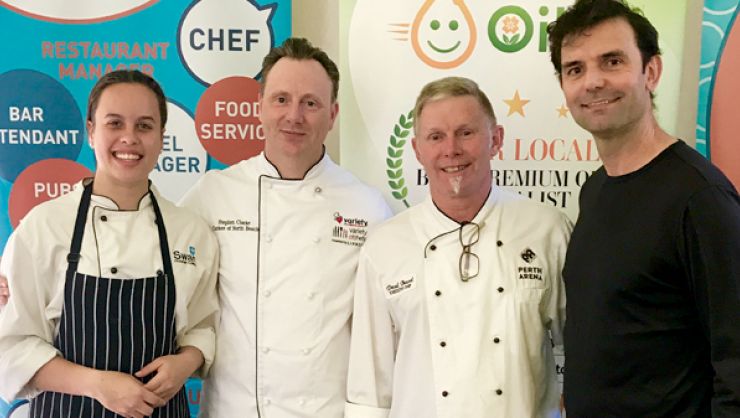 Congratulations to Year 12 Hospitality student Alexa who was awarded Second Place for her dish at the Taste of the Future Competition.

Alexa represented Swan Christian College at the Hospitality Group Training competition which is open to all Year 11 and 12 Hospitality students in Western Australia. It was held at the Trade Training Centre at Belmont City College.

Each year, all competitors have to incorporate a main ingredient into their dish. For 2017 this was a bone-in, skin-on chicken Maryland.

After three days of working with Chef Rob do Carmo, Catering Operation Manager at Swan Christian College and AITC (Advanced Institute of Training & Consultancy) Consultant, Alexa was ready to compete.

Her dish was called ‘Roast chicken and corn, bacon, miso caramel popcorn’. It took 60 minutes to prepare and 45 minutes to cook, resulting in a dish that would not be bout of place in quality restaurants around Perth.

Judges Don Hancey, WA Food Ambassador, Stephen Clarke from Clarke’s of North Beach and Paul Beard from Perth Arena tasted all the dishes and adjudicated based on a number of criteria.

Alexa won a cash prize of $300 for her achievement. Swan Christian College was awarded a voucher worth $1000 towards kitchen equipment at the College.

The College and AITC would like to congratulate Alexa for her achievement and thank Chef Rob do Carmo for his dedication and commitment shown in training her for this event.

Students Glad to Be Back

We asked our students a few questions about... see more