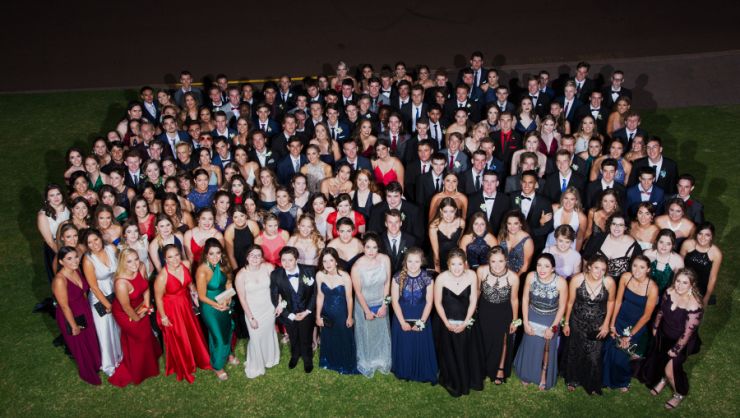 The 2018 Charity Ball was a great success. The Year 12 students all looked stunning and we are excited for their year ahead. Year 12 Prefect Gracie Butler has summarised the night for us:

Imagine having something in the calendar that’s been in the back of your mind ever since you were little, and eventually, day by day, that date gets closer and closer in a very surreal way.

It’s something you don’t always think about, but when you do start thinking about it, you realise that it’s getting irrepressibly closer.

For many of us in our year, the Ball and the process of waiting for it to arrive meant many different things. For some, it meant some uneasiness (because dressing up is not everyone’s cup of tea), for others it meant the collection of an extensive board of dresses on Pinterest that had been in the works since Year 8, and for some it meant being able to dress up like royalty for a day and it being totally acceptable. In the end, no matter how much you conjure up ideas of how the night will turn out, it will never be exactly like you thought, and I think many of us realised this on that magical night.

This wondrous event, the Swan Charity Ball of 2018 took place on 24 January, and, as my hairdresser said, the weather could not have been better. The entire morning before the event was filled with trepidation, but this feeling began to fade into excitement after the first step into the limo. When we walked into Fraser’s (with the entire year looking dapper, beautiful and exquisite), all the feelings of nervousness faded away. The whole night was so fast and magical, filled with many crazy dance moves, beautiful food and a whole bunch of laughs.

James Hoffman from Shalom House also added amazement to the night by encouraging us to aspire to make good choices in life, and, in that moment when we all felt and were dressed like powerful adults, it added to the inspiration and wonder of the evening. At the end of the night, with aching feet, blistered toes, fallen curls and more sweat than anyone would care to admit, the cheery tunes of Mr Brightside faded and we, the class of 2018, had finished the mysterious and magical school ball.

This year's Charity Ball proudly supported Shalom House. A donation of $5 per student was made in the name of the graduating class.