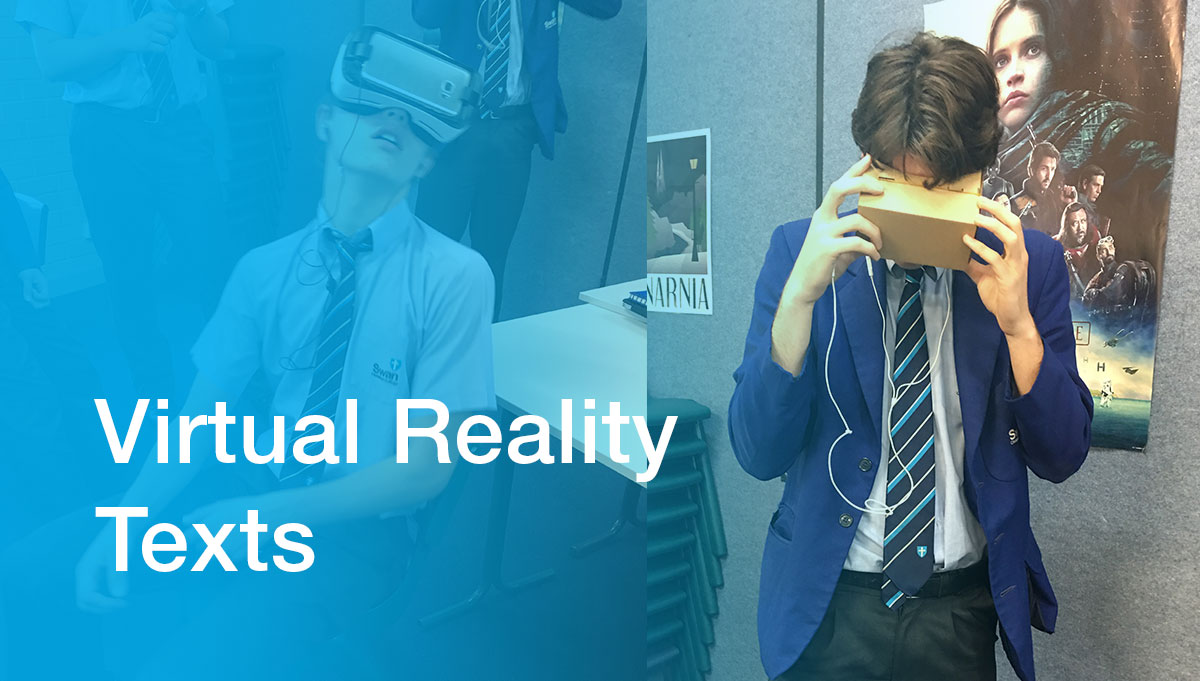 Students in the General English stream have stared into cardboard boxes this term…but for a wholly new and educational experience.

We have explored the shifting world of narrative through an analysis of emerging texts. For the last few weeks the classes have looked at Virtual Reality (VR) texts in the classroom. VR is more than just gaming or the construction of computer-generated simulations; rather the General English students found that VR is incredibly immersive and a genre that is rapidly improving through changes and developments in the world of technology and special effects.

We have explored how VR texts are being used to generate empathy for groups who are marginalised by society, such as asylum seekers, babies, prisoners and people with special needs. Furthermore, we have discovered that VR lends itself effectively to the horror genre because the viewer is part of the text and cannot escape (although they can close their eyes)! Fortunately, there was as much laughter as there was racing heartbeats and screams, as students raced through this new addition to the Year 11 English program.