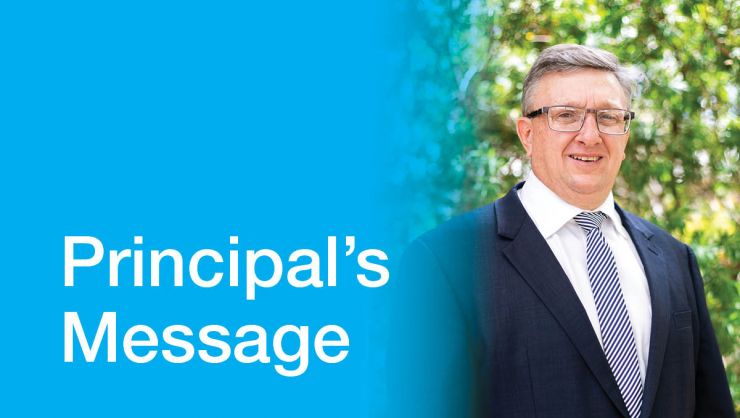 Certainty. Certainty is something that has been very hard to come by this year. In many ways it has felt like the old saying, ‘the only certainty is change’ has proven itself to be true so far in 2022. As we come into the Easter break, I want to spend some time reflecting on this idea.

Term One has brought with it many challenges and many of our plans have been forced to change and change again. The first big change came into effect just as the year seven boys headed off for their camp right at the begging of term. Before dinner of the first day they had been informed that their camp would be cut short as there had been an announcement banning camps effective within 24 hours. I was with the boys that afternoon as they struggled to contemplate what this meant. From that point on, in terms of planning school events, the only certainty was change. One of the first big changes was the ban on school assemblies. For a school the size of Swan, this included indoor year level meetings. Not long later and it was recommended that we did not bring more than one class together at any point in time. We also did our best to limit the interactions between year levels. We did all of this while trying to maintain the highest educational standards.

Somewhere in the midst of this came contact tracing. I want to thank the admin staff for the incredible work they have done to maintain their usual work as well as assisting in contact tracing as Swan started to see positive Covid-19 cases. I am certain that the admin staff would attest that this term has demonstrated that the only certainty is change. Speaking of constant change every school throughout this pandemic would be lost without their relief coordinator. Our fantastic relief coordinator has had one of the hardest jobs, as teachers have been forced to isolate last minute and their classes have needed to be covered. You could say that at Swan this term, just like the rest of the world, we have become used to change being the norm.

I am sure many of our families have also experienced constant changes so far this year. Between, borders, masks, venue limits, isolation requirements, and fuel prices, I am confident we have all been impacted in some way. Considering this, now, perhaps more than ever, it is important that we fix our eyes on something that will not change.

The message of Easter has always and will always be a message of hope. Jesus came to this world and lived as one of us. He went through puberty. He learnt a trade and worked hard. He provided and cared for his family. He witnessed war, sickness, death, and suffering. Jesus lived through all of this without sin. When the time came, he gave his life as the ultimate sacrifice for all of the brokenness in our world. For all the ways in which we humans have messed up, big and small. Jesus took the penalty that we deserved. Death.

Romans 8:38-39 says, “For I am convinced that neither death nor life, neither angels nor demons, neither the present nor the future, nor any powers, neither height nor depth, nor anything else in all creation, will be able to separate us from the love of God that is in Christ Jesus our Lord.”

This year we have faced many changes, but this Easter, I encourage all of us to stop and reflect on what Jesus has done for us. Stop and reflect on the unchanging, certain hope that we have in Christ Jesus our Lord.

I would like to thank you for your prayers and support for myself and the College over the past term and I look forward to continuing to serve the College in the role of Deputy Principal. It has been an honour and a privilege to serve the Swan community as Acting Principal.

I am looking forward to working with Principal Elect Dr Darnelle Pretorius. I have been fortunate to have had the opportunity to meet with Dr Pretorius over the past term and I am excited about the vision and experience she will bring to the College.  I am sure that you will make her feel welcomed into our community.