The Joys of Teenage Boys 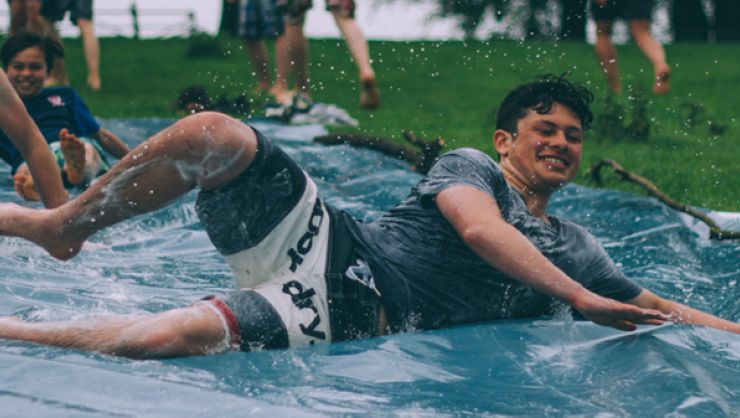 My twin boys will be 16 in three months’ time and our house has become an interesting place in these teenage years.  I have had many a pause to reflect on their development in the last couple of years.

The essence of what it is to be a teenage boy is having fun with your friends and family. More playful than a man but more powerful than a child. Full of exuberance and jokes. It is a fleeting interlude — a time when boys are open to almost anything, wide-eyed and daring.

We don’t often allow ourselves positive thoughts about teenage boys. Too readily we associate them with street muggings, binge drinking, education failure, sexual aggression or drugs. We tend to fear groups of lads on street corners, crossing the road to avoid them or locking cars as we drive past.

Not only do teenage boys too often receive a bad press, but they are struggling to adjust to a world which, in many ways, has left them behind. Outshone by girls at school and university, if they aren’t lucky enough to be academic, they find that the well-paid manual work which used to be their domain has almost entirely disappeared.

Despite these hurdles, most boys are completely innocent, unthreatening and a joy to be around.  Most adolescent boys today are much better equipped - emotionally and practically - to deal with relationships with people than most of their fathers were a generation ago.

Another difference from the teens of old is that today’s teenage boys are living at a time when gender equality is relatively unquestioned. They have grown up with girls as friends and regard them as equals. They also have mums who go out to work, and it’s normal for couples to share the cooking, housework and childcare so boys will often happily do the same as they see the men in their lives doing.

Boys suffer continually through negative comparisons with girls, the things which make them uniquely male going unnoticed or uncelebrated. Even as they approach adulthood, boys remain boisterous and childlike. Little girls often can’t wait to grow up, worrying about their appearance, eager to wear make-up and high heels. A boy, by contrast, keeps one foot in childhood well into his teens (some would say for life). For a teenage boy, starting to think about his appearance often means no more than accepting, at long last, that he should wash occasionally – and find hair product he can bear to use.

Boys can be horrible but, rather than being spiteful or nasty, they usually hurt each other physically, with a nudge or a play fight that turns serious. They can also be incredibly loyal to one another when one in the group is feeling unsure or left out. They look for things they can share, like computer games they can play without too much talking, as a good way to break the ice. They are often great fun with younger children too, playing games, playing the fool and enjoying getting back down to their level.

Perhaps it is time to celebrate the wonders of teenage boys, stop comparing them with girls and letting them be who they are on their own terms.

Listenmy son to your father’s instruction and do not forsake your mother’s teaching.

A Lifelong Commitment to Asking Questions Bringing Out the Inner Genius
Share Via: