Today, the team headed over to Light Up Ahead School to observe lessons, and then teach them ourselves. During the observation, we watched as the students learned about division and Jesus’ suffering. We then had a break and joined in with all the children’s games. After the break, we split into our three groups to teach our lessons. The first group did Daniel and the Lion’s Den, the second did the Creation story, and the third group, mine, did Noah’s Ark. We first did a play for the children, and then split the group into two to complete our crafts and sports activities. There was a slight language barrier during our games, which were all animal themed, but some of the more proficient English speakers translated for the other children. The crafts we did were rainbow friendship bracelets, a colouring in, and pipe cleaner rabbit headbands. Afterwards, we drove back to Simba School, where a few of the children from LUAS came to play a mixed game of soccer in which my team, Zambia, won against Ghana, Denmark and Australia. 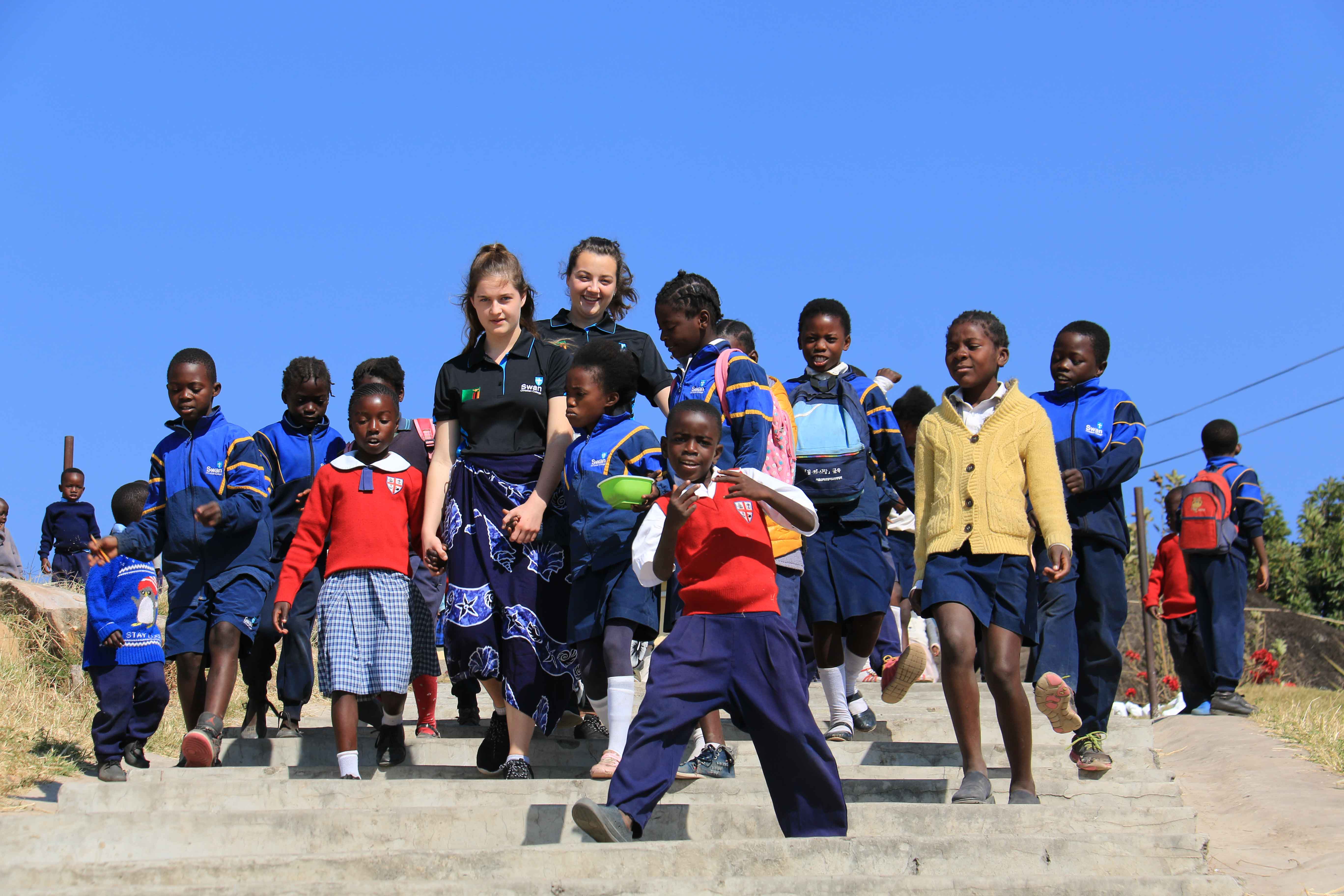 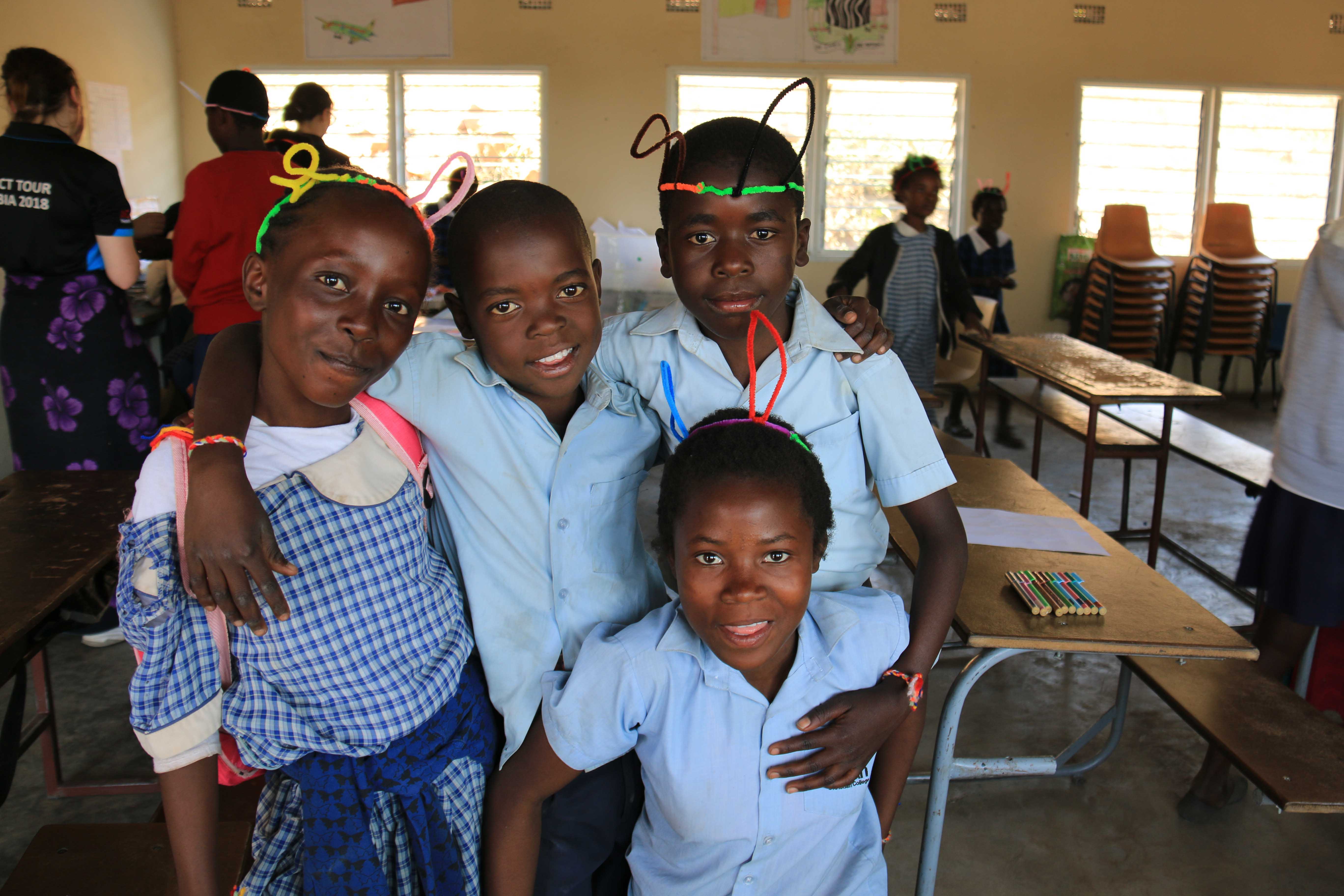 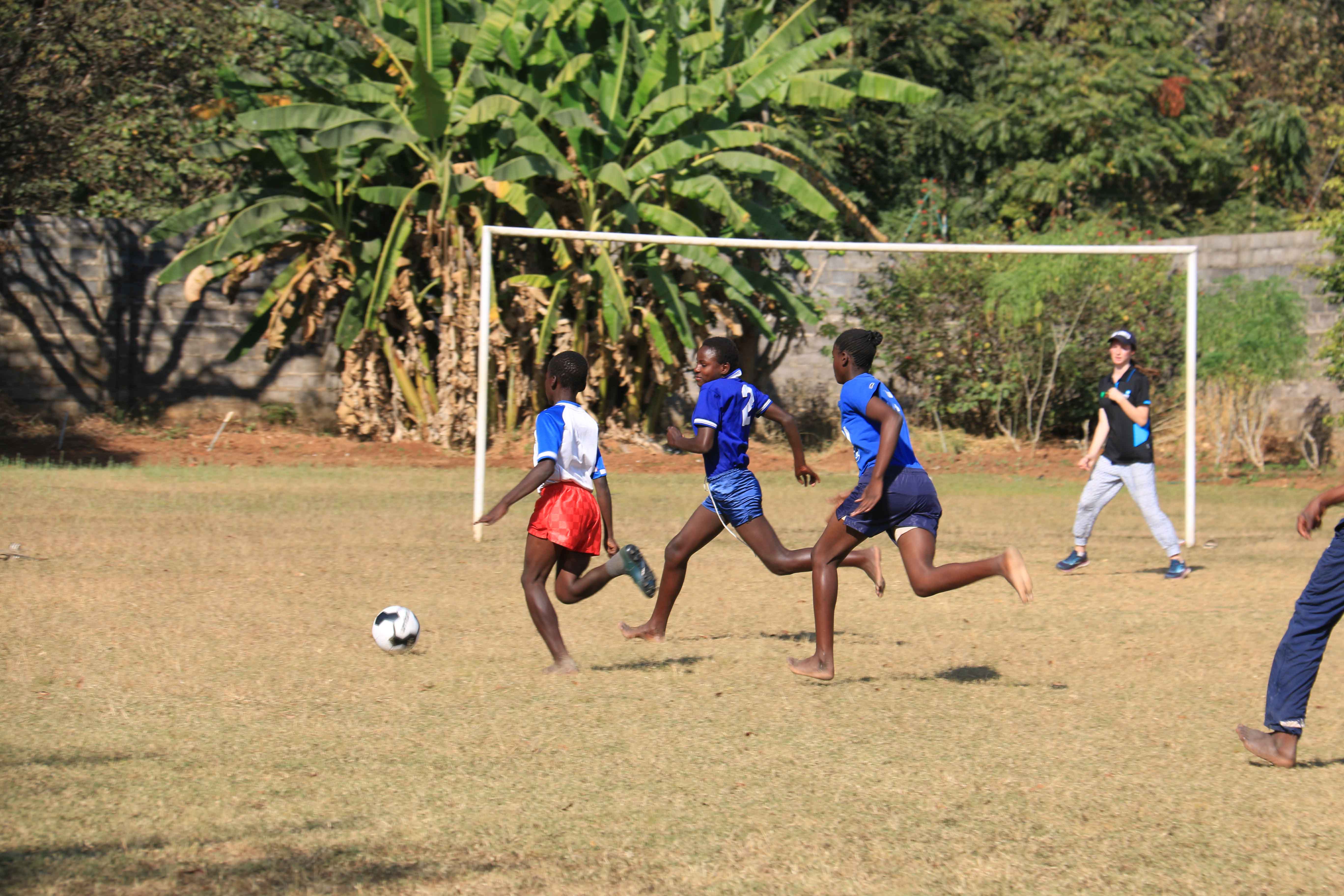 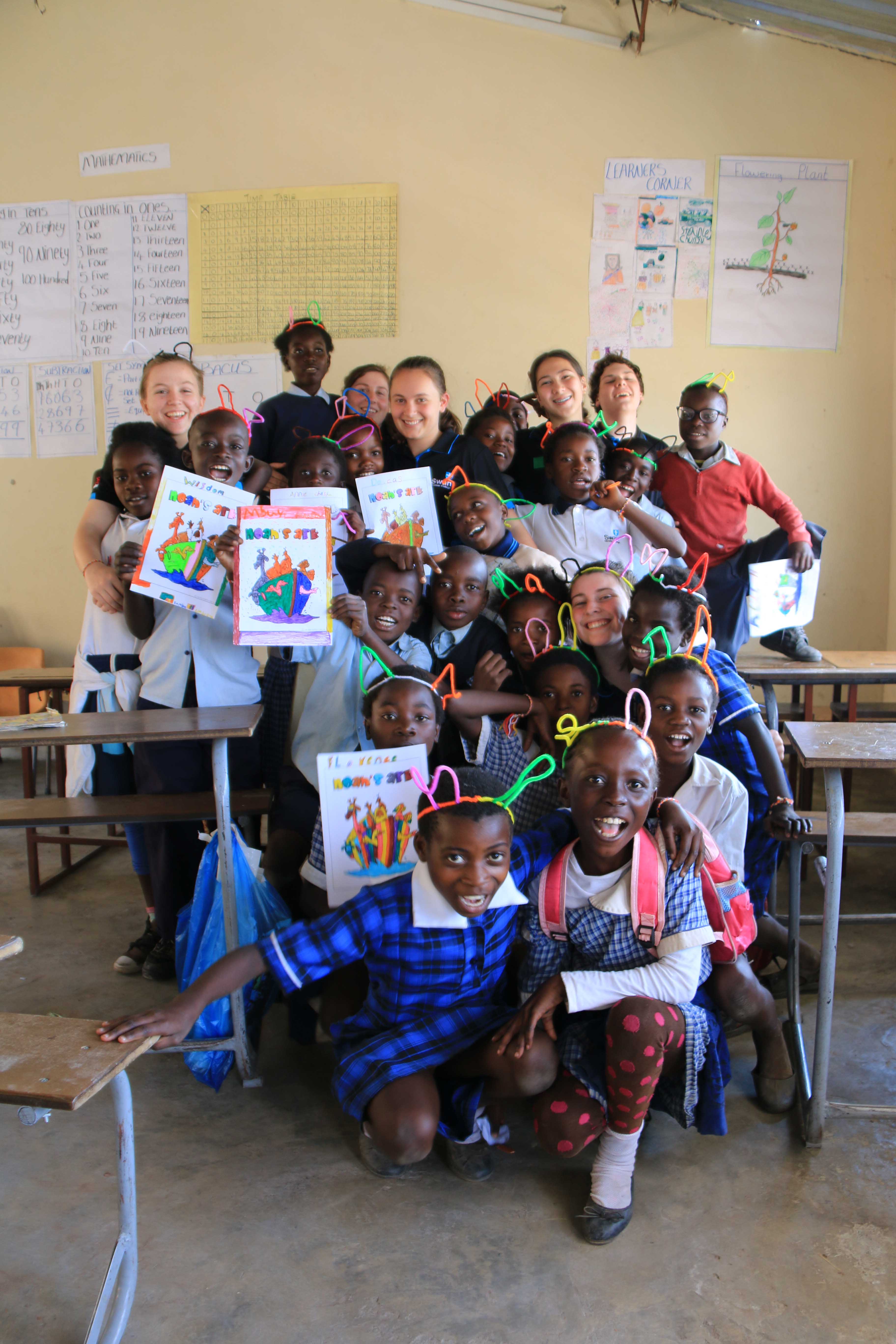 Today we headed back to Light Up Ahead School (LUAS) to observe and teach the lessons. We arrived at LUAS at their pastoral care time, where Layla, Samara and I observed the grade four’s English and Maths. The lesson finished early so we all sang songs, such as ‘Takwaba’ and a rock version of ‘Jesus Loves Me’- where we stomped and clapped like in ‘We Will Rock You’. We did this until break time, where the kids once again climbed all over us like we were jungle gyms.

After break time, we taught our lessons. I was not present in the lessons today except for when I had to be half of Noah’s Ark, as I was helping Mrs. Mongony paint the school logo on the side of a classroom. She previously sketched and painted a bit of it prior to mine and Oliviah’s help, which took her over three hours. We painted the banner for the school and the crucifix red and painted a sun with yellow and orange. Every now and then, the kids would come and admire it, along with some teachers. It took us a long time but at the end, we finished it with only a few flaws.

Today’s lesson started with a few songs to entertain the students while we sorted ourselves out. When we were ready, we began our play about Noah’s Ark. Liam was using his narrative voice to try and engage the grade fives while Layla played an amazing Noah in a white beard that’s already falling apart. After our introduction, we split the class into two groups, one that stayed inside doing crafts and the other went outside to play games. I was outside doing the sports with the students. In the first group of kids, Liam, Layla and I tried to teach them Octopus but that didn’t really go so well, so we played Duck-Duck-Goose, which was such a hit we played it until swap over.

After the lessons, we went out to the village with some blankets, food and a new mattress for Sarah and her family. When we arrived at Sarah’s house, a teacher named Helen told her that all the goodies we were carrying were for her. We gave her the gifts one by one and she was so grateful. After that, we took a photo outside of her house with all the team.

When we walked back to Light Up Ahead School, I wondered what Sarah would be thinking and how she would be feeling, she deserves all the love and care in the world. After that encounter, I always kept in mind that you can be the sweetest person in the world but still live in poverty and not know if your future will ever be stable, but you can still manage your life and live it with only scarce resources.

After an eventful and enjoyable day in the school and village, we returned to Simba International School and headed off to Nsobe. It was an hour-long bus ride to our accommodation, and when we reached Nsobe we were given our rooms. Eight of us stayed in tents while the others stayed in the chalets. Jasmin and I stayed in a tent together and it was one of the definitions of glamping. We all had a three course dinner and sat by the fire before experiencing our first night at Nsobe. 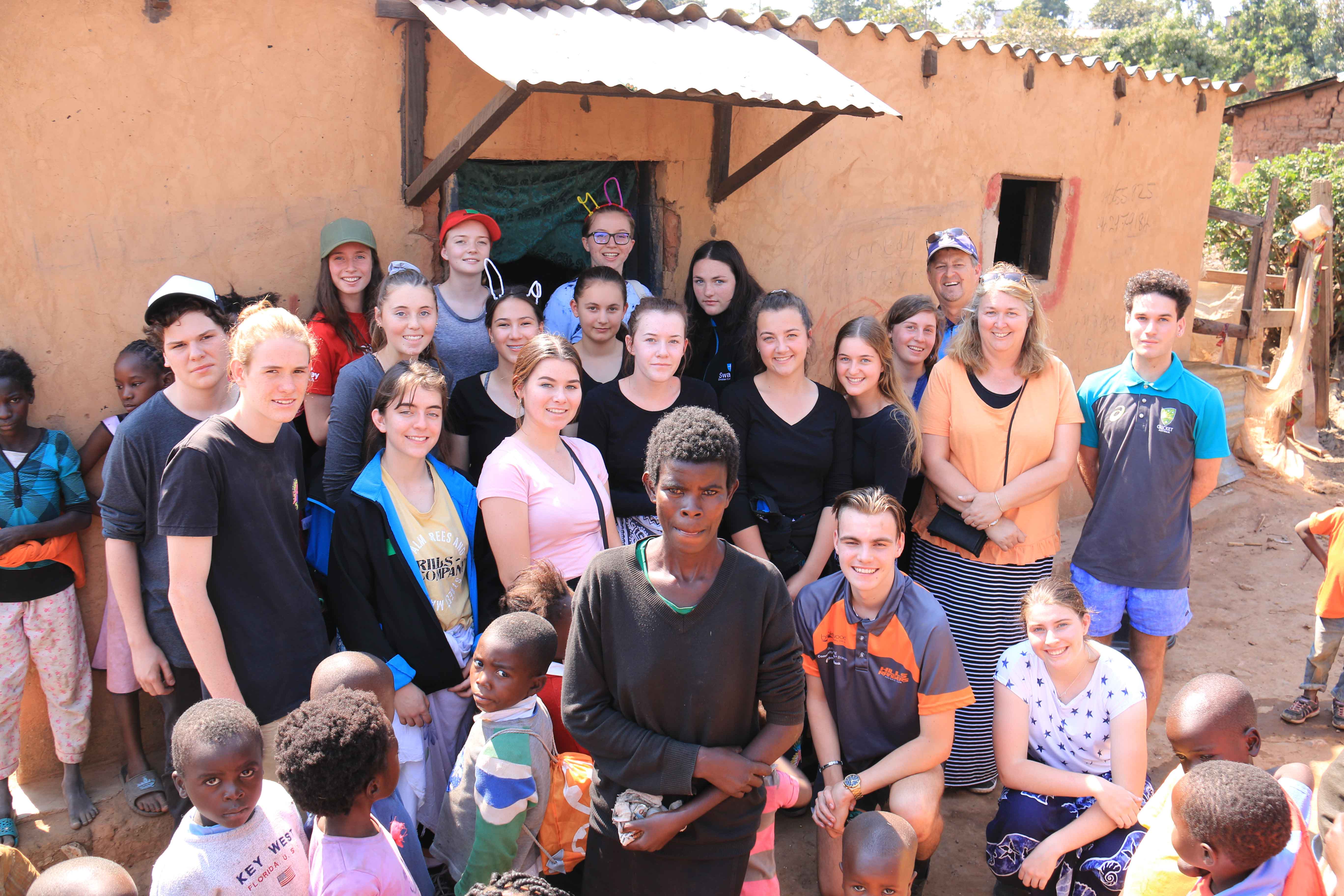