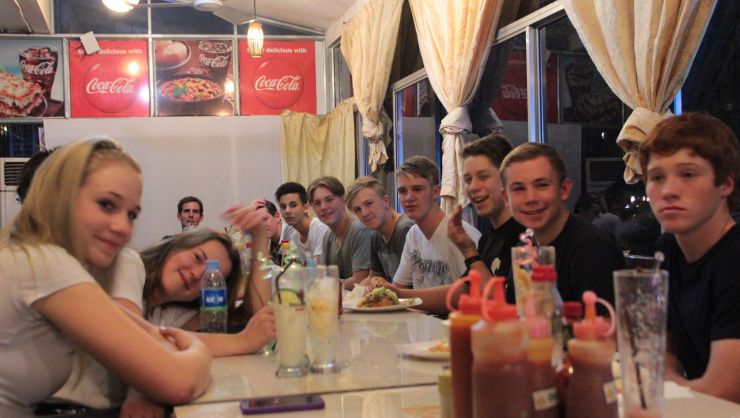 Our second day in Cambodia started off with a big buffet breakfast to fill us with energy for the busy day ahead. Feeling much more awake and ready for action we hopped onto the bus at 8am and headed to Tuol Sleng where many innocent Cambodian prisoners had once been held. Here we walked through room after room with walls covered in photographs of victims and artworks depicting scenes from when the prison was in use. The further we progressed through the museum, the more the stories began to sink in. The students found themselves reflecting on what it would have been like if something similar had happened to them, or even to their families. Some students found it particularly hard to see the endless faces of the people who had to live in such terrible conditions, and said that their hearts were 'breaking for these people'. Some realised that many of those held in the prison were the same age as their parents, and it was hard for them to imagine how something like this could have happened such a short time ago. Before leaving Tuol Sleng, the students were able to meet two of only seven survivors. We listened to them tell their stories and some people purchased books that were written by the survivors. Their stories were both sad and inspiring, and the students left feeling very blessed that they have not had to see or further more experience something so tragic in Australia in their lifetime.

After visiting Tuol Sleng we jumped back on the bus and drove to the killing fields. This is one of the many places where people were taken after being held at various prisons, including Tuol Sleng. Here we took a self guided tour whilst listening to an audio track that took us around the complex. After listening to the stories and walking around the grounds, the students took time to reflect and some said a quiet prayer for those who laid to rest there.

We then headed on to the Russian markets where we were able to do some shopping for souvenirs and in preparation for craft activities with the children we will meet later on. Some students were able to practice their bartering skills and found that they were quite good at it...others weren't so lucky! Here we were able to experience more of the rich Cambodian culture and got to see many beautiful fabrics, ornaments, and artworks. The students really enjoyed shopping at the markets, and are looking forward to more shopping tomorrow...and if they're lucky some massages too! 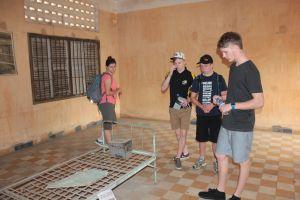 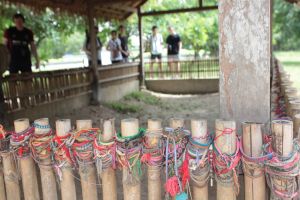 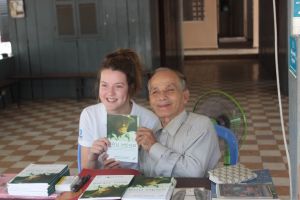