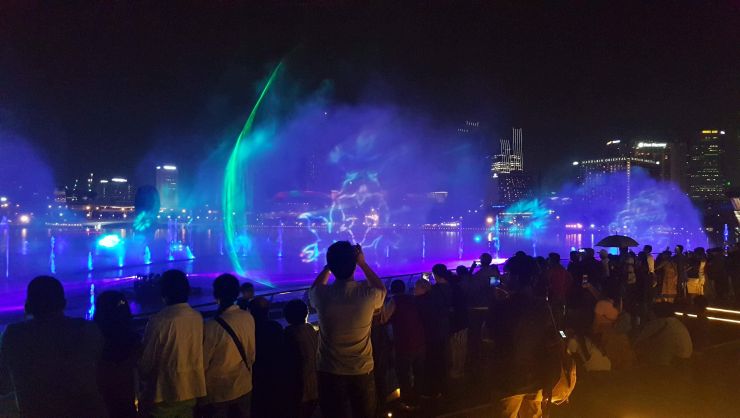 
"It was hard waking up that morning knowing that we were going to be leaving the place we called home for the past 10 days. Yes, it was emotional for some, but it also meant we were coming closer to seeing our families again.
After 3 hours of travel, we ended up at Kalibo Airport awaiting our flight to Singapore. Arriving at Singapore, we hopped on a bus and headed to the marina sands hotel where we watched a light show, which was incredible.
After the show, we went to get dinner, but personally, I was more interested in the shops around us: Gucci, Saint Laurent, shops you don’t see in Perth. After all of that, we hopped back on the bus and headed to the motel where we were staying, the place which I can confidently confirm has the worst pillows in the world. Now I’m here waiting to go to Universal Studios, which I know will be great."
- James-Benson Caré
Philippines Impact Trip: Day 15 Philippines Impact Trip: Day 13
Share Via: