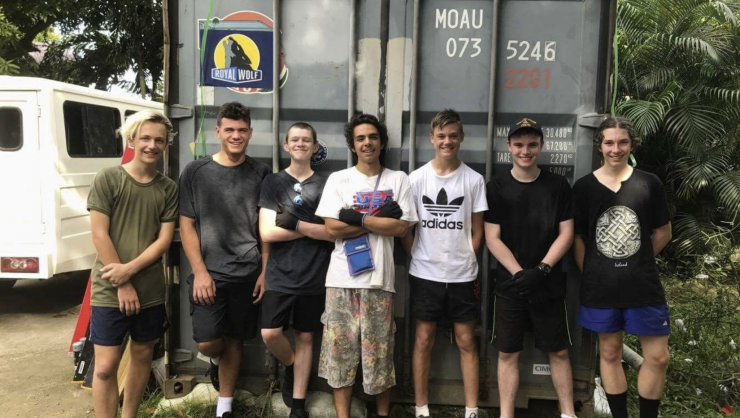 
Two planes, one bus, one speedboat and four vans later and we have arrived at Vista House Boracay.
Although a long trip involving multiple modes of transport, the students have travelled well and worked great as a team carrying and moving our group belongings (boxes and bags) on many occasions as a human train passing each item along the line to get everything to the designated spot quickly and efficiently. We are all hoping for a great rest tonight and look forward to what tomorrow brings.
Here is a recap of a couple of our students on the first day of our trip.
"There were no latecomers to the Perth airport which was a good start to the trip. We got on our first flight, with Singapore Airlines, which was roughly five hours long. Some people were blessed with sleep in this time while others were not. At Singapore airport, we spent about three hours waiting for our next flight. In this time we got to explore and found a breathtaking butterfly enclosure and a stunning koi pond with a huge koi within. We named the three biggest Gary, Dave and Shaniqua.
The next flight, with Silk Air, was roughly three hours long and again some slept while others did not. On our arrival at Kalibu we took a long bus ride to Caticlan, during which we saw the daily lives of the locals. At Caticlan, we took a speedboat to Boracay and then a two-minute van ride to the Vista Beach House.
We discovered the humidity and decided to end the day with a night beach swim. All the students get along in the group and talk to one another, we are living with geckos and are super excited but also super tired." - Grace Stuurstraat and Alicia Bromley
For more pictures of Day 1 and 2 please click here
Philippines Impact Trip: Day 3 Philippines Impact Trip: Day 1
Share Via: