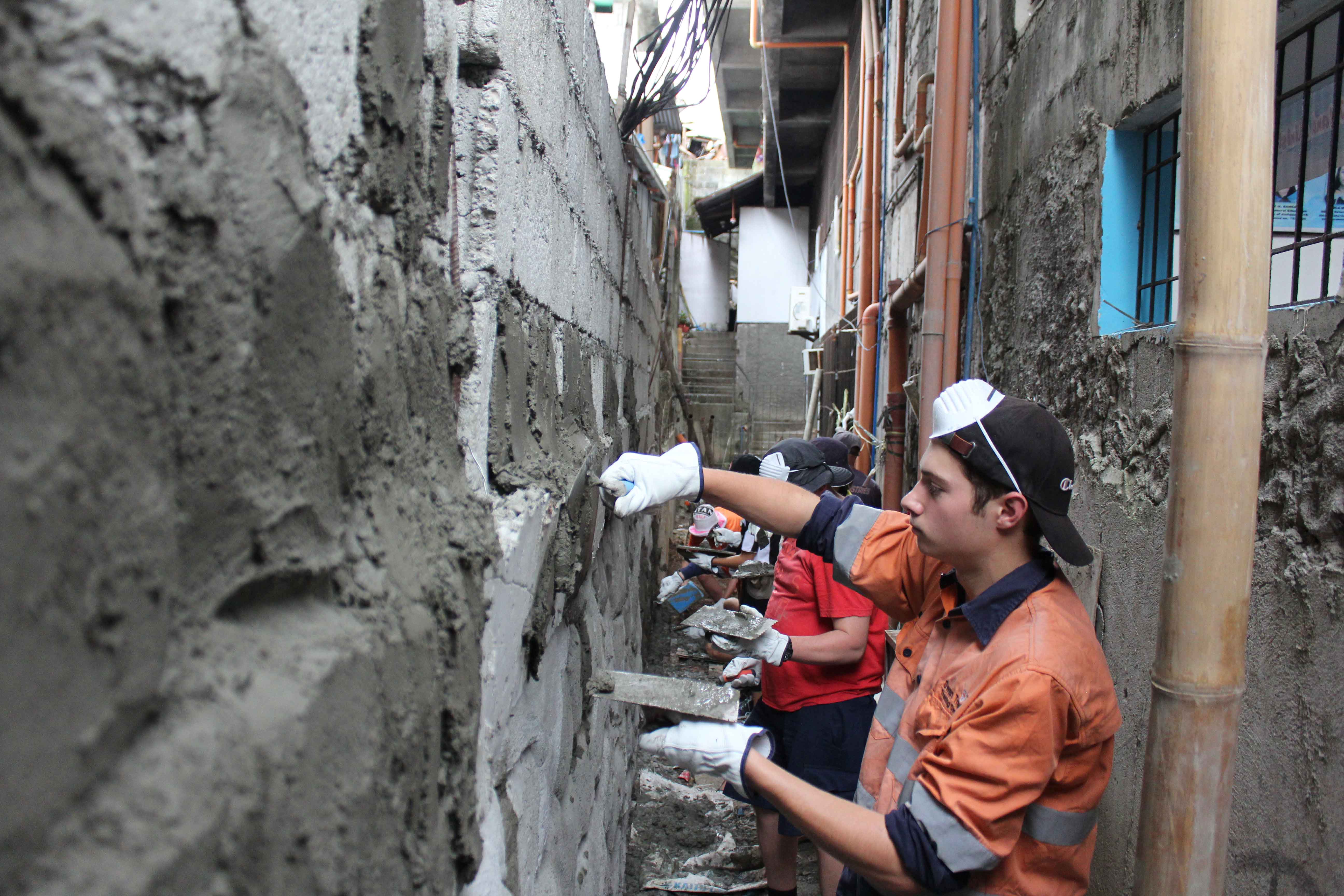 "Today we went to Jubilee School to help with the gymnasium project and the boulder wall. To make the boulder wall we had to mix up a cement mix and throw it on to the walls and spread it out. The tradesmen that were showing us what to do were enjoying our failed attempts at understanding what to do and had a good laugh at us.

Before we went home, we participated in a feeding program where we went through the houses that had been affected by the fires and handed out cups of rice and soup."

"Today we went to a school on Boracay called Jubilee. At first, I was given the job of getting the rust off the beams for the roof of the new gymnasium. Then later moved onto organising sporting activities for the kids to do. After lunch we did the sporting activities with them and then they showed us some of the games they play.

Later in the afternoon I went with a few others to a feeding program where we sung, prayed and told a story to the kids. After that we made them balloons and gave them some food. We also made sure the kids didn’t have any cuts on them and if they did, we cleaned them up and put band aids on them."

"At Jubilee Academy, the team were participating in a range of projects. On Level 1, a team was painting plastic bottles to be later decorated by students that would be made into planters. Up on the gymnasium floor, a team were prepping materials that would be made into to trusses. On the ground floor there were students plastering a boulder wall for the first time. On the third floor, games were played with students from Jubilee, lots of laughter could be heard echoing around the building. A great effort by everyone today!"

Click here for more pictures of the 2019 Philippines Impact Trip