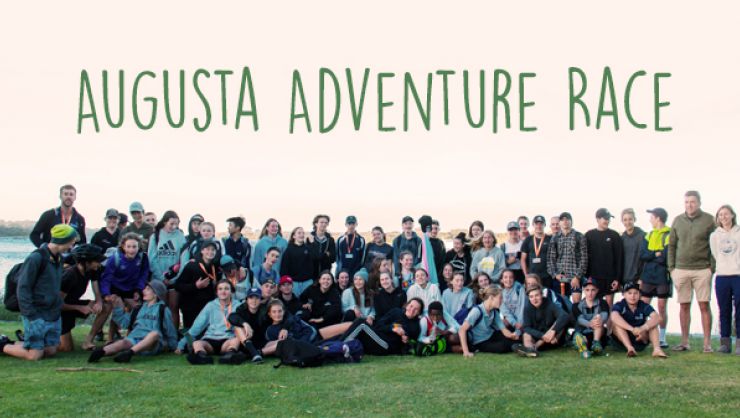 It was a sunny but windy day as we left Swan Christian College at recess time to head down towards Augusta with 59 students (and 9 teachers).

Amongst these students were 14 teams of four, a team of two, and a solo competitor to do a 5.5km kayak, 5.5km cross-country run, 1.1km swim and a 15.5km mountain bike on Saturday.

We had a short amount of time available on Friday afternoon to do a quick run through of their part of the race. Everyone quickly realised how ‘adventurous’ this race was going to be. The swimmers would have to contend with solid waves, a current and random reef and rocks throughout the swim. The runners would have to hop over all sorts of rocks as they ran along the coast. The bike riders would need to ride through some waist-deep puddles and navigate down some very difficult gravel trails. The kayakers would need to stay balanced as they paddled with and against very strong wind and waves.

Luckily, all the competitors had participated in preparation sessions before this weekend so it wasn’t the first time for them to attempt this sort of thing.

On Saturday morning, there were 700 kayakers lined up along the beach ready to start the first leg of the adventure race. The siren went off and it was absolute mayhem as wave after wave of kayakers tried to get off the beach and into the shallow waters of the Augusta inlet.

Chad Wiesse (the fastest kayaker from Swan), Ethan Anderson and Brodie Coulter got off to very solid starts, only just behind the fastest adult kayakers in the field. Bryce Watson, new to kayaking, was not far behind these guys. Gabrielle Sim was the fastest female kayaker from Swan, even though she fell out of her kayak during the race. It took incredible courage and skill for her to paddle, fall out, and climb back into one of the most tippy and professional types of surf-skis available. Zack Mercorella showed incredible resilience as he recovered brilliantly from being pushed out of his kayak at the race started.

At the end of the kayak, first-time kayaker James Howe had worked so hard for his team that his legs fell asleep and cramped up by the end of the kayak race. He had to really dig in deep to run the 200m to pass the bib and timing chip to his teammate Morgan Styles who would then do the 5.5km run. She was one of three Year 11 runners, together with Kaitlin Mackie and Mitchell Dunn who came for the first time and did really well for their teams.

Pearce Brezman was the fastest Swan Christian College runner, beating all 700 adults and students in the 5.5km run. Kane Higgins was not far behind Pearce, with an amazingly fast runtime himself. Chloe Resuggan (Year 9) was the fastest female runner from Swan, with Year 8 student Mia Drage only 22 seconds behind her.

Jay Hrabar did both the 5.5km kayak AND the 5.5km run as part of a team of two. Amazing effort! He then passed the timing chip and bib to his duo partner Callum Eastwood who would then do the swim AND the Mountain bike ride. The swim was by far the most difficult of all the disciplines, with students having to swim out through the surf, next to reef and rocks; and then swim through the Augusta channel back into the inlet.

We have never had such a strong field of swimmers in the history of Swan Christian College. Kelsey Eastwood, who is the best long-distance swimmer this college has ever seen, was just beaten by Callum Blacker (Year 8) and tied with Gregor Law (Year 9). Just behind these three was Chloe Hayes (Year 9) who was the fastest female swimmer (behind Kelsey) from Swan. Also performing very strongly was Year 11 Abbey Reid, who was swimming in this race for the first time, training regularly in the lead up to finish with an excellent time.

The final leg of the relay was the mountain bike. Dakota Winter absolutely smashed the bike ride to bring her team of Chloe Hayes (swim), Jade Stokes (kayak) and Chloe Resuggan (run) into First Place for the U18 Girls division. Amazing effort!

Joshua Hillen had an amazing ride, pushing his body to its absolute limit, whilst only semi-recovered from illness, to bring his team into Second Place for the U15s division. His team also included Jacob Neville (run), Bryce Watson (kayak) and Callum Blacker (swim).

There was one crazy bunch of Year 12s who decided to race in the long course on Sunday morning. This race involved a 13km kayak, 13km run, 2.2km swim and a 26km mountain bike ride. Max Smith paddled his team into First Place in the U18s division (and 24th out of 700 adults) in the 13km kayak. Mitchell Dunn then kept his team in Third Place for U18s with a solid 13km run (this was after filling in and doing the 5.5km run the day before!). Kelsey Eastwood then swam her team back into First Place after an absolute cracker of a 2.2km swim. Then it was on like Donkey Kong between Jacob Bromley and a couple state riders who only just pipped him near the finish. The team got Third in U18 division – which is an incredible result.

Well done to ALL students who competed. A massive thank you goes to the teachers who gave up their weekend to make this opportunity possible – Mr Smith, Mr Devenish, Mr Twine, Mrs Rosolin, Mr Coghlan, Mrs Coleman, Mr Dallin, Miss Sims and Casey Sims. What an epic weekend!

Thank you to Mrs Rebecca Coleman for capturing the event in pictures. 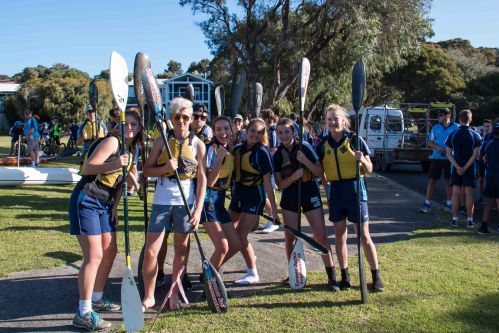 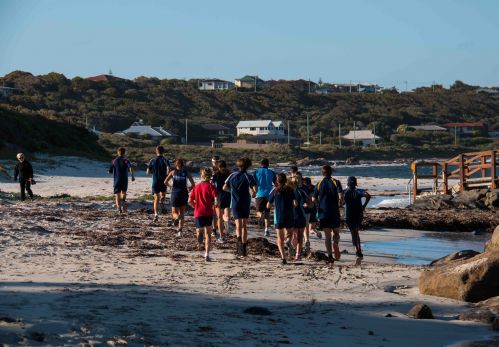 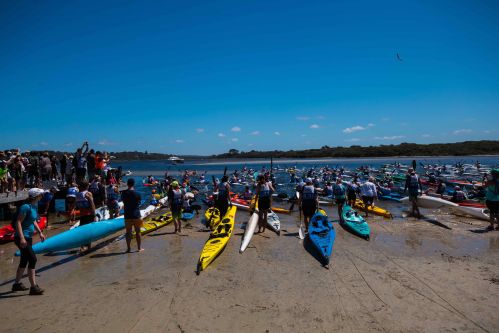