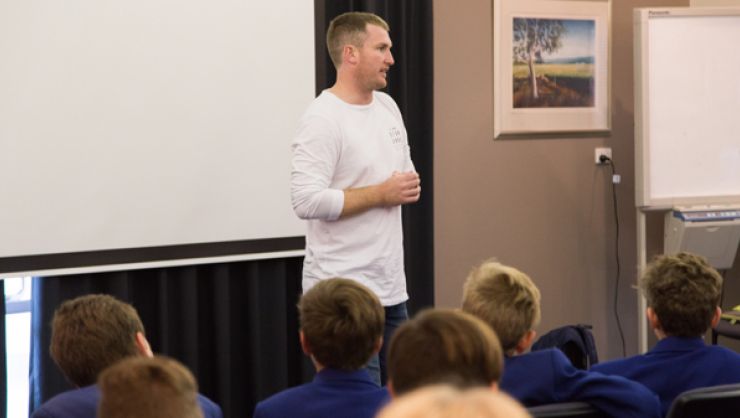 Students in the SCC Football Program were given the opportunity to learn from former Hawthorn Football club and West Coast Eagles player Xavier Ellis.

Xavier spoke on the character traits that are needed to succeed in football and in life. During a one-hour Q&A style session, he encouraged students that hard work, effort, determination, mateship and striving for excellence are beneficial in all aspects of life, both to teenagers and adults.

Xavier learned the art of playing Australian Rules Football at the highest level. He drafted at number three in the 2005 national draft, learned his skill under Alastair Clarkson and played in the winning 2008 Grand Final. He is the current Colts coach and League Backline coach at Swan Districts Football Club.

We would like to express a big thank you to Xavier for spending an afternoon at Swan Christian College and giving our students a memorable experience.