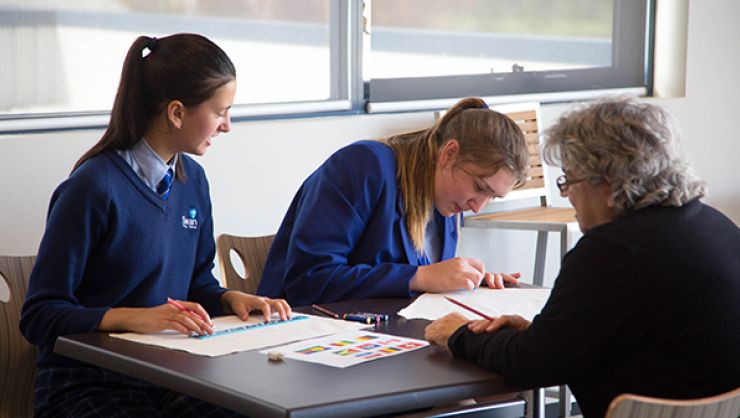 I was delighted to be invited to the 'French Afternoon' at the Maali Room at the College on Wednesday.

French students in Years 8-10 at Swan and Ellenbrook Christian Colleges came together to practise their French, learn more about French speaking countries and, of course, eat a delicious French lunch of quiche and salad.

The students were quick to make new friends and had fun using their French language skills to complete various activities, including making flags of French speaking countries (see attached picture).

Now that the second round of the Inter-SCEA Language Perfect Competition is finished, our next SCEA Languages event is the SCEAvision Languages Performance Competition Finals on Tuesday 23 August. Let's see if we can beat last year's record of 35 students performing in 13 languages!