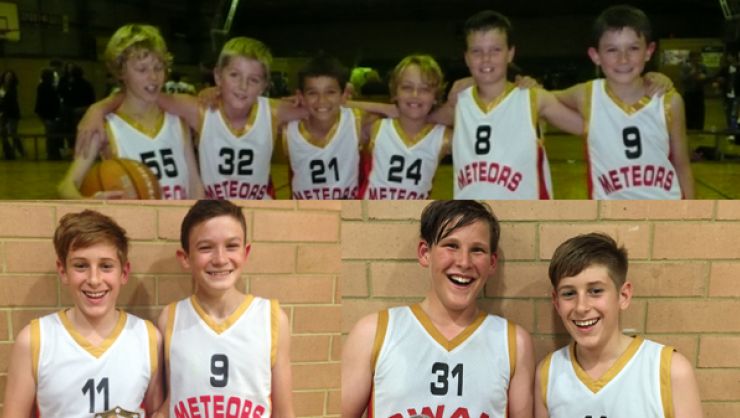 The Swan Meteors basketball team has provided fertile ground for students’ character growth throughout the many years that the team has been part of the College.

Playing at a competitive domestic level is a marvelous way for our youngsters to develop physically, emotionally, intellectually and spiritually as sport provides a proving ground for life. We can see the calmness in the face of the storm, courage, discipline… all the qualities we would like our students to leave with at the end of their time at the College, growing as they participate and train towards excellence.

The Swan Meteors began way back in 2011 and have retained a central core of players over the seasons, many of which have graduated to WABL level and some on toState representation. As some students have been part of the Swan Meteors for almost their whole school life, it is time to reflect on the journey that they have been on so far.

They have represented the College at the Ray Owen Stadium in Kalamunda, participating in most finals, winning several grand finals and giving their best on the court for their College. There is a nucleus of players that have remained over the years, only missing one season in that time.

On seeing the success of the Meteors and due to the growing interest around the College, a second team - the Comets started in the competition. The Asteroids came next, and the Spitfires joined in as well – evolving into the Rockets later, all competing at similar levels and age groups, though there has been a spread of about four years in ages.

We need to recognize the coaches for all the hours of time dedicated to the development of our students. Greg Beacham has been the tower of strength in coaching and directing the teams with support from Clive Smith. Tim Sneddon has coached the Comets and Rob Reese has coached the Asteroids. Angela Smith has managed the team, taking care of all the admin and communications.

We will hopefully see the Swan Meteors continue through to the end of Year 12, with the friendships forged through battle on the court remaining strong throughout their lives. The conversations with the mums and dads (many of which are now good friends), the cheering and consolation in defeat, the many moments that have united our students in the freezing winter nights and steamy summer evenings all have helped build character and value in the lives of those who were there

It has been an enormous privilege to be a part of it.

Over the years, the meteors have had the following players: