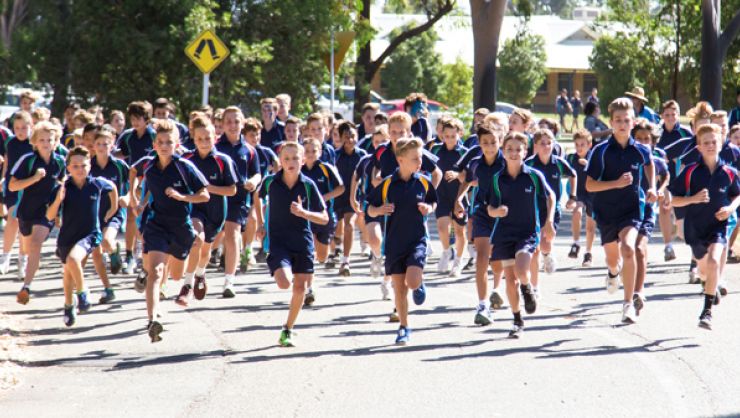 The Middle/Senior School House Cross Country in Week 1 this term was a great success.

God blessed us with great weather and the day ran very smoothly, assisted by the use (for the first time ever) of electronic timing tags which were attached to the runners’ shoes. This made recording of runners’ times straight forward and accurate.

Student participation levels were pleasing, each race was very well attended. Students who finished first, second or third in their respective races were congratulated at the College assembly the following Monday and presented with their medallions.

Overall, Bell recorded the most points and took out the title as the champion House for the 2017 House Cross Country. Well done to Mr Biddle and all the Bell runners!