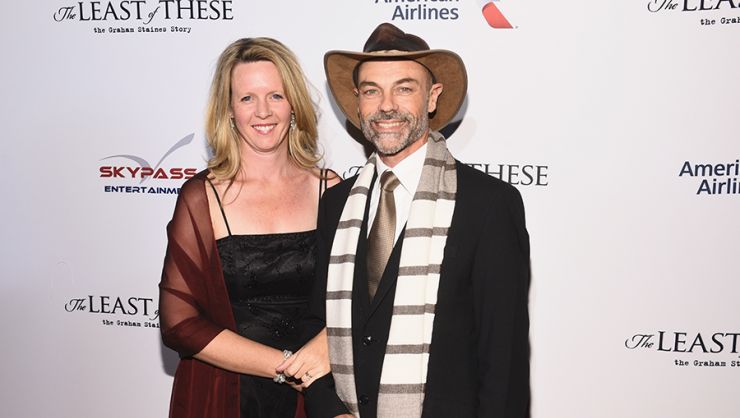 Mr Andrew Matthews, Head of Performing Arts, recently returned from the World Premiere of ‘The Least of These’. Mr Matthews wrote the script and co-produced the movie which tells the remarkable true story of Australian missionary Graham Staines.

Mr Matthews got involved in the production of ‘The Least of These’ many years ago, when the director, Aneesh Daniel, asked him to write the script.

“We developed the story from there, getting relevant permissions and improving the script,” said Mr Matthews.

He is looking forward to sharing this experience with his students.

“The experience of writing and developing the script over many drafts, collaborating with the production team and seeing the project through to its completion are all valuable lessons that can be incorporated in providing better information and learning experiences for students.”

Starring Stephen Baldwin (‘The Usual Suspects’), actress Shari Rigby (‘October Baby’), and Bollywood star Sharman Joshi (‘3 Idiots’), the movie tells the true-to-life story of missionary Graham Staines through the eyes of a fictional young journalist Manav Banerjee. When speculation mounts that Graham Staines is illegally proselytizing leprosy patients, Manav agrees to investigate undercover for the newspaper.  In the end, his actions spark both a tragic event and a surprising reaction from the Staines family that is felt around the world.

“The life of Graham Staines, serving lepers in a remote part of India for 35 years before his untimely death, is true heroism. The Staines’ represented all that is good in Christianity, and for that to be seen as ‘evil’ and to be destroyed, that needs to be challenged. The forgiveness offered by Gladys Staines and her faithful commitment to the Lord Jesus Christ was inspiring,” shared Mr Matthews.

The movie was released in the United States in early February and will be released in India in early March. A release date for Australia has not been announced yet, but Mr Matthews is confident that the movie will eventually come to Perth cinemas.

Executive Producer Victor Abraham said, "The Least of These’ beautifully illustrates the power of love, hope and forgiveness to overcome hate. It is the very edict of the commandment to love your neighbour as you love yourself."

The College would like to congratulate Mr Matthews on this achievement. We are looking forward to seeing what God has in store for our Head of Performing Arts in the future.