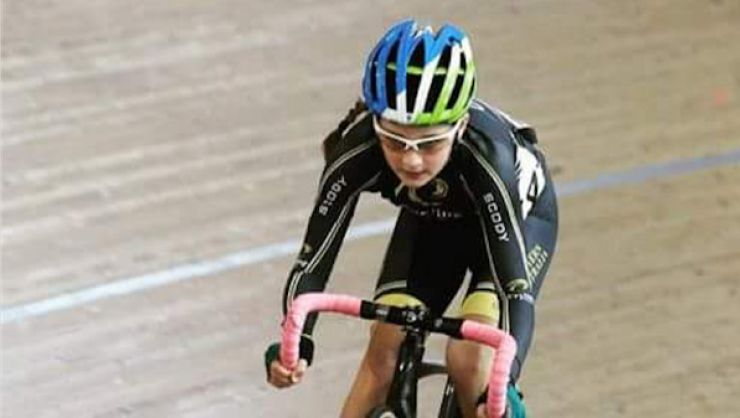 This was Emma's first trip away with a state team, she was the first rider on the track and opened the competition in the Flying 200 event. She set a time of 14.68 (59.8km/h), a personal best for her, but unfortunately was .4 of second outside of qualifying for the next round.

Emma competed next in the 7.5km points race. Early in the race she was in a position to have a good result, however she was involved in a crash which resulted in her being taken to hospital with a suspect fractured hip. Fortunately, x-rays cleared Emma of any serious injury but she wasn’t able to participate in racing the next day as she wasn't able to walk without crutches.

Days 3 and 4 of competition saw Emma practicing in a number of other races but her injuries meant that she was not able to compete at 100%, however she did set PBs for the 500m Time Trial and Team Sprint.

At 12 years old, Emma was one of the youngest competitors at the event and competed against other athletes up to two years older than her and we congratulate her on results. Over the competition they were on par with athletes who have competed for WA in the past and are now progressing towards Olympic selection.