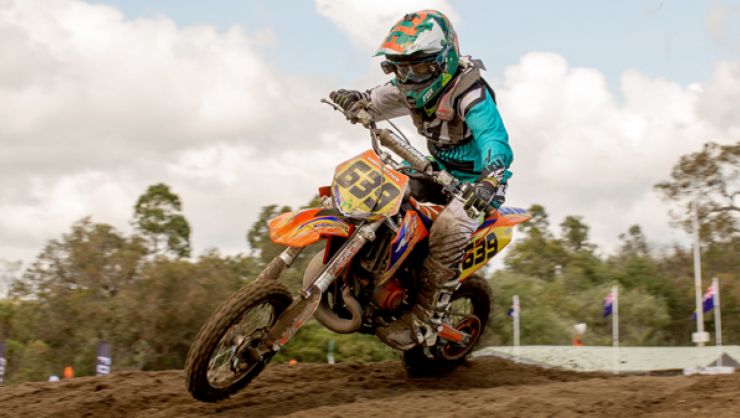 Swanonline student Cody Chittick has once again been chosen to represent Australia at the World Junior Motocross Championships being held in Estonia on 31 July.

Cody will also compete at the Australian National Championships in Victoria which will be held from 30 September to 7 October.

Cody’s enrolment as a Swanonline student enables him to manage his school and training time flexibly. He trains nearly every day and works hard to be able to compete against the fastest kids in his age group from across the world.

“Getting selected to race at this year’s World Junior Motocross Championship is unreal, especially for the second year in a row. As the competition is getting closer now, I am really excited and can't wait to get over there and race. I am hoping to place in the Top 10,” Cody explained.

“This year, I am really lucky as I will be competing as part of a team in Europe called the KTM Diga junior racing team,” Cody said.

Having spent three months with the team in Europe at the beginning of the year, Cody already knows the team well and is certain that he will be well looked after.

“I can't thank my family enough for everything they have done for me to get me where I am today. My ambition for the future is to one day become a professional motocross rider and race either in America or Europe,” Cody added.

The College would like to congratulate Cody on his achievements and is wishing him the very best for the upcoming competitions.