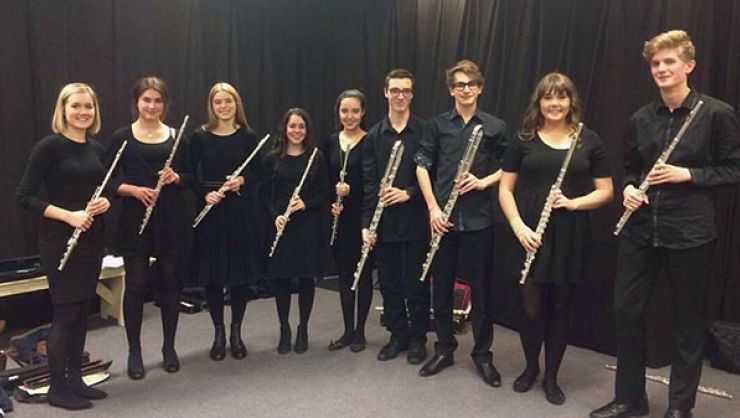 On Saturday 11 June, I had the opportunity to see some of our talented students perform at the WAYO Mid-Year Ensemble Showcase. The students who performed were Year 12 Sianan Bell on flute, Year 11 Kiara Burke on cello and Year 9 Sophie Carrington also on flute.

In the show our flautists played with the Flute Choir and performed Tales from the Vienna Flutes by Robert Hinchliffe, L’Esprit des Petit Enfants by Jonathan Cohen and Misty Mountains by Melvin Lauf Jr.

Later that evening, Kiara played with the Philharmonic Orchestra and performed Montagues and Capulets from Romeo and Juliet, Suit No. 2 by Sergei Prokofiev, Overture to West Side Story by Leonard Bernstein (Arr. Peress), Nimrod from Enigma Variation by Adward Elgar and Danzón No. 2 by Artouro Márquez.

It is a pleasure to have such skilled students in our College. They have not only spent a considerable amount of time developing their instrumental skills over several years, but devote extra time rehearsing and performing in the wider Perth community. We are proud of their achievements.

I highly recommend to our students, staff and wider community to attend the WAYO concert at the end of the year.