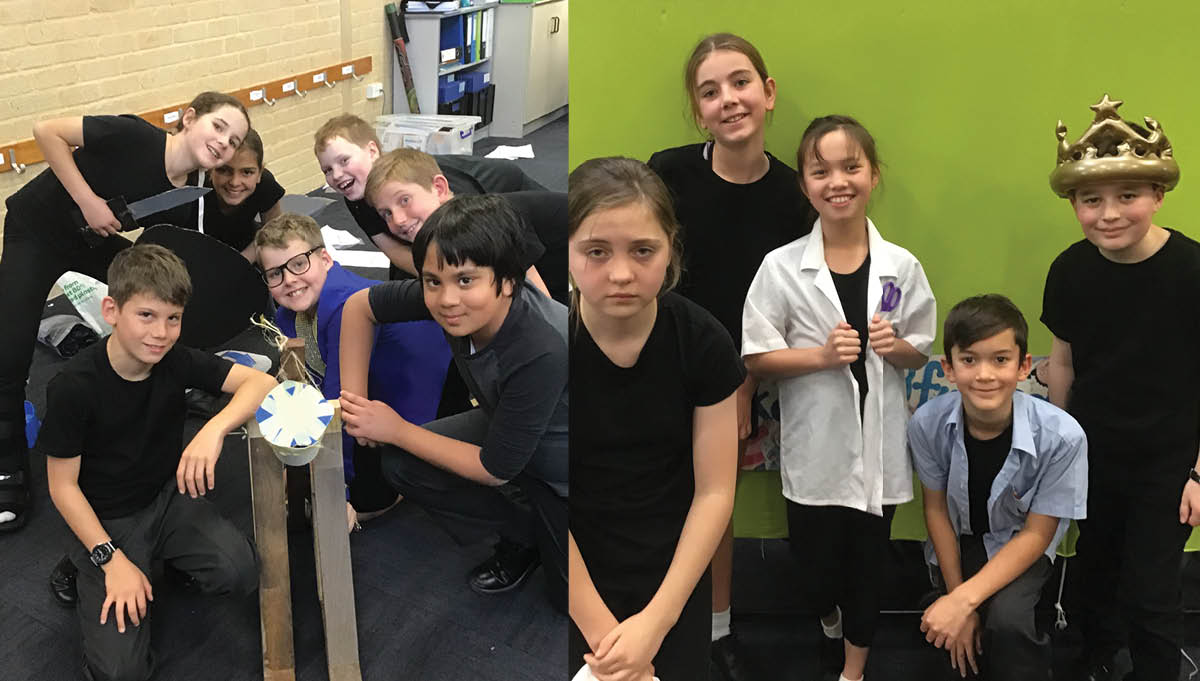 This year has brought many changes to events and excursions, and the usual Optiminds Creative Thinking Challenge was no exception. Instead of being called Optiminds this year and heading to Curtin University for a Saturday, the competition went ahead as The Creative Edge Thinking Challenge which involved students performing in front of a camera and submitting their solutions via video.

Two teams of students from Year 4, 5 and 6 took part this year. Team 1 had to build a trebuchet which took a long shot in order to triumph in a battle. The trebuchet had to launch a tennis ball to land in a box three metres away. Team 2 embarked upon a challenge of excuses where two groups of people had to work on the same project with one group being the masters of excuses, deflection and ambiguity, and the other being the height of industry to get the task completed.

Both teams presented beautifully, came up with innovative and entertaining performances and showed excellent teamwork and creativity. Well done!