Enthusiasm Not Dampened by Rain 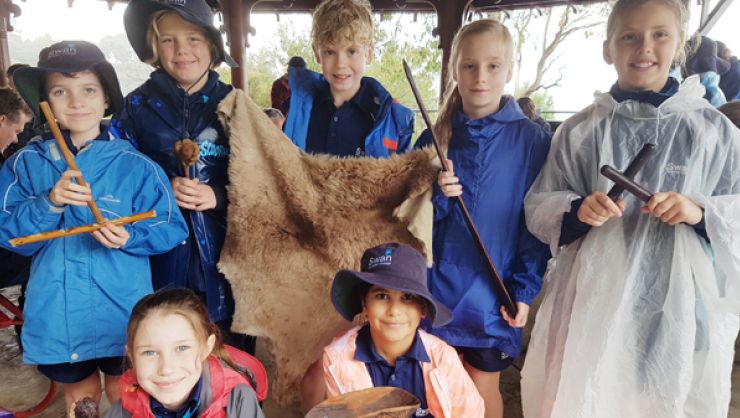 Year 4 travelled to Kings Park this term, in what could only be described as the wettest day on record for August!

The only thing not dampened by the rain was the student’s enthusiasm to learn more about their studies of the Aboriginal people of our region of Western Australia, the Noongar people.

The students were shown how nature provided foods, medicine, clothing, weapons and many other resources which were used sustainably. A special feature of the day was a role play about the arrival of Dutch, French and British explorers on the West Australian coast.

A fun day was had by all the students, teachers and volunteer parents.