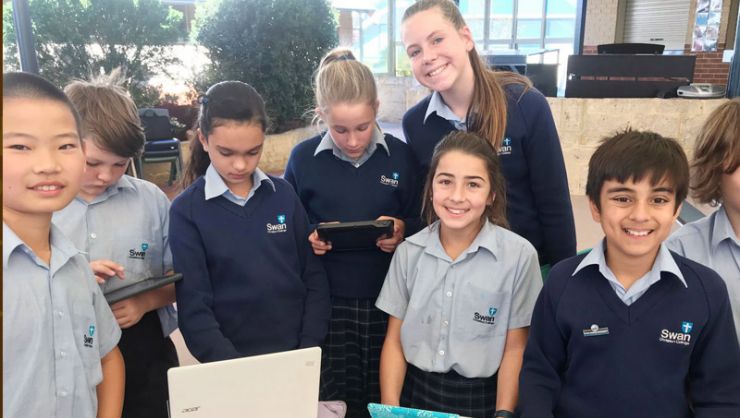 The Year 6 students got together to learn about Chemical Sciences and study reversible and irreversible change.

There were five stations each with a different type of food or play dough. On the first station there was bread and we were putting it in a toaster to burn it. On the second station we put bicarb soda into a cup and added vinegar to it. For the third station, chocolate buttons were going to be put in a microwave. The fourth station had ‘frozen liquid’ and there was a hairdryer used to apply heat to turn the solid to a liquid. On the fifth and final station there was play dough which was flattened by books.

At the end of this lesson we learned that solids can be turned into liquid and liquid can be changed into solids. This can happen by applying heat to melt or burn things and cold to freeze things.