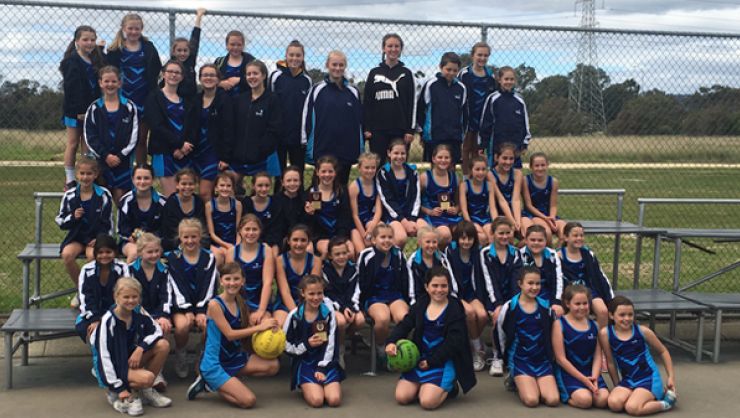 Congratulations to the SCC Netball club teams who brought home three trophies after competing at a recent carnival.

Swan Christian College Netball club entered five Junior School teams into the SDNA Netball Carnival.  Students from Years 4 to 6 made up the teams who competed against other Junior Schools from the Swan area. All teams played between four and six games each.

The Year 4, 5 and 6 teams each won their divisions, bringing home a trophy each which will be proudly displayed in Junior School Student Services.

Although it was a cold day, the rain stayed away, allowing the players and parents to stay dry!  We would like to congratulate all players for a wonderful display of sportsmanship and commitment to their teams during the day.

A special thank you to all the coaches and parents who attended the event and worked hard to give all players equal court time and endless amounts of encouragement, and to the Umpires from the Senior School for calling fairly and consistently.