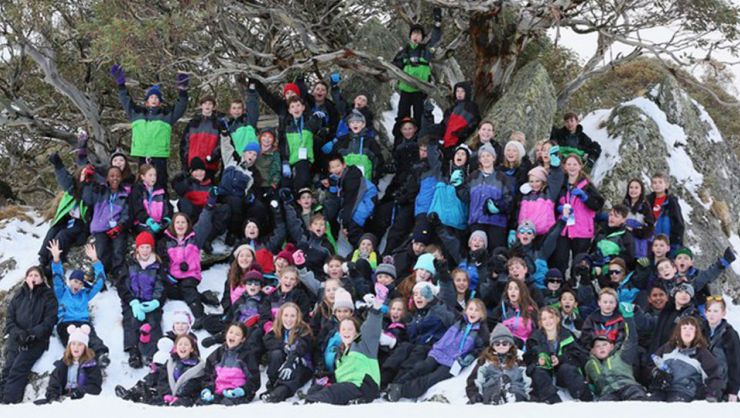 Our Year 6 students have recently undertaken an education tour of the national capital.

Students were given the opportunity to participate in a variety of educational programs with a focus on Australia’s history, culture, heritage and democracy. The Australian Government recognises the importance of all young Australians being able to visit the national capital as part of their Civics and Citizenship education.

To assist families in meeting the cost of the excursion the Australian Government is contributing funding of $240 per student under the Parliament and Civics Education Rebate program towards those costs. The rebate is paid directly to the school upon completion of the excursion.

The Year 6 students have put together their personal recollections and highlights of the trip:

“In Sydney and Canberra, we went to Australian Institute of Sport, the snow and Parliament House. In the AIS, I liked the soccer simulator and the swimming pools because in the swimming pools you could go underneath to get a view of the swimmers’ technique and stuff like that. At the soccer simulator you could see how fast you can kick the ball. In the snow it was really fun because you could have snowball fights and build snowmen. At parliament, it was fun because we got to see how it all works, and we got to do a little roll play. Overall, it was a fun experience and would definitely recommend it.” - Austin R

“One of the biggest highlights of the trip for me was probably going to Taronga zoo. We got to experience so much there, like going on the skyline lift over the whole zoo and seeing all of the animals. We also got to watch the seal and bird shows. Whilst we were at Taronga Zoo, my group got to see amazing views of the Sydney harbour bridge and the opera house. My favourite experience was the snow by far. On the day of the snow it was my birthday, so I had even more fun getting to celebrate it with my friends. I know that by the end of our visit I ate way too much snow. It was such a good experience for everyone who has seen snow before and who hadn’t. I think that altogether this trip was such a big highlight of Year 6, because you got to spend it with so many amazing people.” - Tayla S

“My favourite parts was being able to be more social with my friends and being able to make more friends. My three most favourite places were the snow, Questacon and the AIS. I like the snow because a lot of people haven’t seen snow before and being able to play and toboggan down hills. It was fun especially with my friends. I liked Questacon because of the optical illusions and how things worked was amazing. Then finally, I liked the AIS because I like sport and how we could do sport virtually. We were able to see where the professionals train and it was amazing! Overall, the trip was amazingly fun with your friends’ company. Then once you get back it feels amazing to be back home, but I also missed Sydney.” - Isaac S

“We did a lot of things and spent most of our time in Canberra. Firstly, we went to the War Memorial. We learned that there were over sixty thousand men who died in the war but were sadly unidentified. At the War Memorial, there were lists of names of people who participated and died in the war. After that we went bowling. It was quite a lot of fun! I was in a group with Samara, Christina, Shelby, and Amy! Samara won first round while I won second. Finally, we went to Questacon. It sure was better than SciTech but I was expecting a bit more.... My group went around looking at amazing machines and made tall stacks of buildings with little wooden rectangle pieces. I made mine pretty tall before knocking it down just for the satisfaction. It was a great trip!” - Alisha P