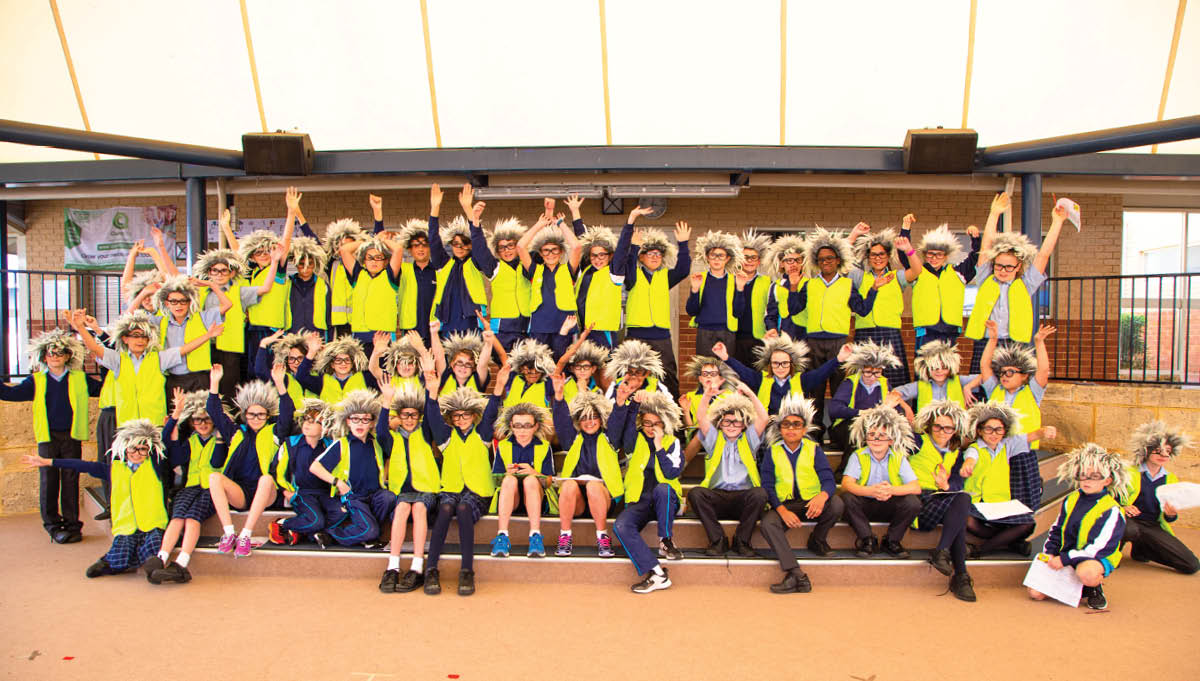 The Year 5s Professor Maths incursion was not only fun but also "super challenging".

We got to wear costumes, but to do this we had to finish a certain amount of activities. To obtain glasses (without the lenses of course) we had to solve only two Maths problems. To get a vest you needed to solve four problems and you were also called a junior genius. To get a wig and to become an Albert Einstein (or Alberta Einstein for the girls) you had to complete six challenges. Almost all the students made it to the Einstein status!

Some of the challenges were quite difficult, but there is no doubt pretty much all the Year 5s had a great time.

One of the most popular games was Eggs, where you had to take eggs out of a basket, taking either one, two or three eggs out of the basket at a time. Whoever took the last egg won. Professor Maths was the best at it, of course!

My group’s favourite game was the tower of Hanoi, mostly because we were all awesome at it. Overall, it was a great day and we enjoyed it very much.