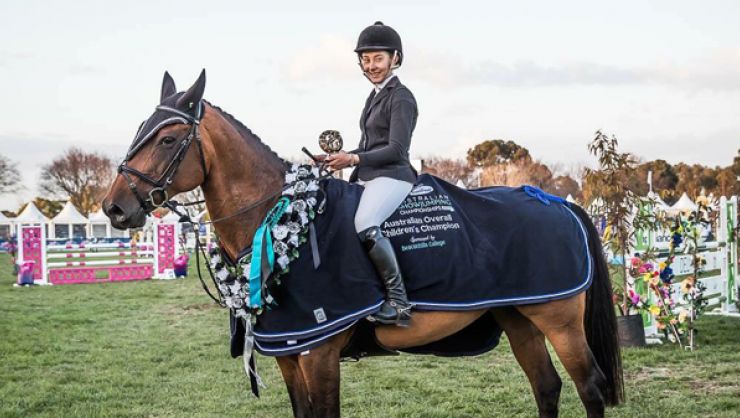 The College is celebrating with Chloe who is now the Australian Children's Showjumping Champion!

The College would like to congratulate Chloe on her achievements and is wishing her the very best for the future.