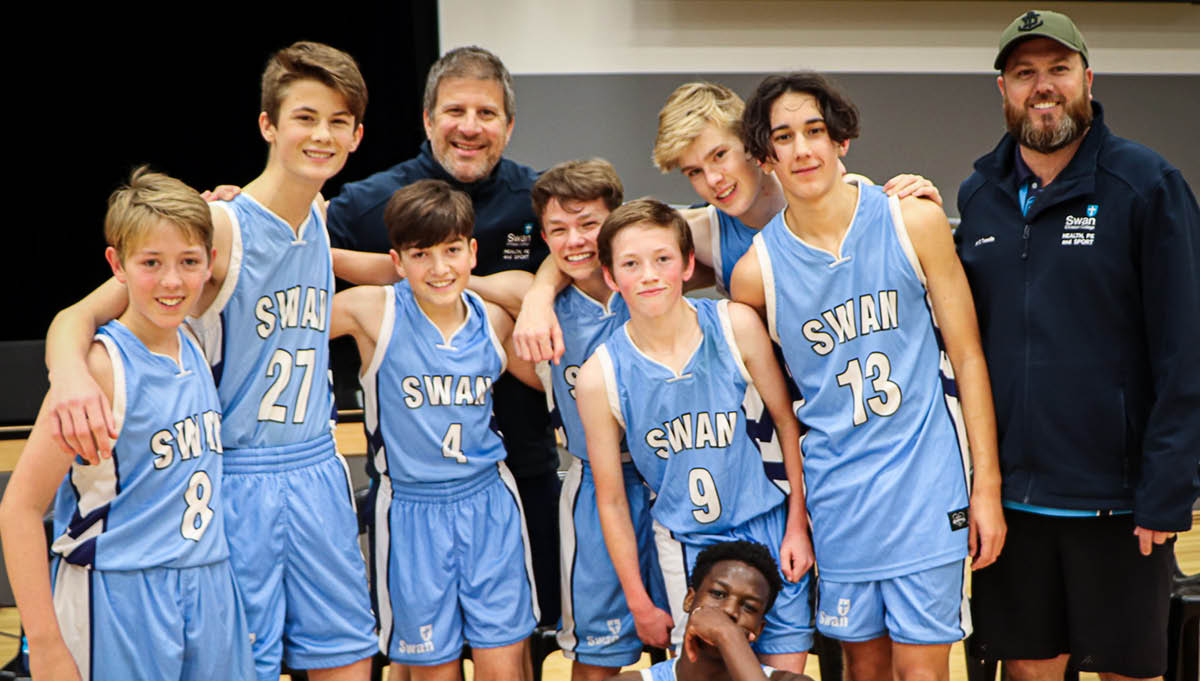 In Term 1, the Year 9 Boys NEAS basketball team finished on the top of the ladder in the after-school competition they played in. The knock-out stage of the tournament was suspended due to COVID-19, but it recommenced last week.

Our boys were drawn to play against St Mary Mackillop Catholic College in Busselton. On Friday 21 August, the team and two staff ventured down to Busselton by bus to tackle the team from Busselton.

I have been coaching basketball at Swan for 11 years now, and I can categorically say this was the best game of basketball I have ever been involved in at school level.

The boys were behind on the scoreboard for most of the day with everything we tried not seeming to work. The shots weren’t dropping and the other team seemed to be scoring at ease. That all changed in the 4th quarter when we changed what we were doing defensively, and it was able to limit their scoring somewhat. In saying that we were still down by eight points with about three minutes left. We then proceeded to hit back to back three pointers and then a lay-up to tie the scores up with about 40 seconds left. We then forced a turnover, took possession of the ball and Josh calmly nailed a baseline jump shot off an assist from Michael to snatch victory in front of a packed gym of students from St Mary Mackillop.

It was truly incredible.

We then had to venture to Irene McCormack on the following Thursday to play the Semi-Finals of the ACC Championship. The match was close throughout the first half with the boys holding a one point lead at the half.

Unfortunately, they faded in the second half to lose the game by 14 points. The match was played in great spirits and the boys did amazingly well to get this far in the competition.

The boys will have a lot to work on in their Basketball Specialist class for the rest of the year, with the hope of improving their team cohesiveness and overall skill level moving into next year.

On Thursday 20 August the Year 9 Basketball Specialist class, along with some extra Year 8 students, went to the Hills SSWA Basketball Carnival at Ray Owen Stadium.

We took three teams to the carnival with one boys ‘A’ division team, one boys ‘B’ division team and one girls team. It was a great opportunity for the students to put into practice some of the skills they have learnt in the Basketball Specialist course over the first half of the year.

Our teams won more games than they lost which was pleasing for me to see. They have improved out of sight from the start of the year and it was great to see us succeed.

Both boys teams came 4th in their divisions out of eight teams. The girls team managed to make it to the Grand Final where they narrowly went down to Darling Range Sports College. As a result, the girls will make it through to the next stage of the competition, where they will join with other leading schools and try and compete for the state title.