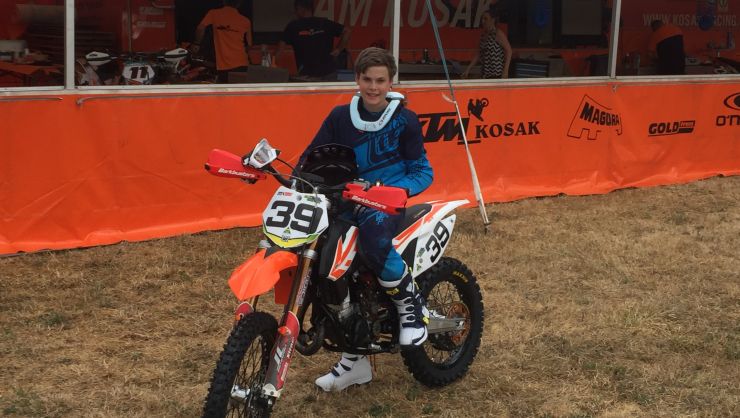 News has just come through to the College that Year 8 student Cody Chittick, along with his five Australian teammates, won the 1st place 'Trophy of Nations' at the 2016 World Junior Motocross Championship in Russia.

Cody, who was one of the smallest and youngest riders in his 85cc class, qualified 18th for the main event. However a flat tyre in the first race, and a bad start in the second race hindered Cody's goal of finishing in the top 20, he placed 26th overall.

With their combined results, the five rider strong team brought home the award for the country with the most points, with Russia finishing 2nd and Netherlands in 3rd position. This is the first time an Australian team has finished in first place at the World Junior Motocross Championships since Australia started to compete on a world stage.

With this experience under Cody's belt he hopes to take part in next years World Junior Motocross Championships in Estonia. A big congratluations from all at Swan Christian College.

Thanks to Mrs Chittick for the fast track update.