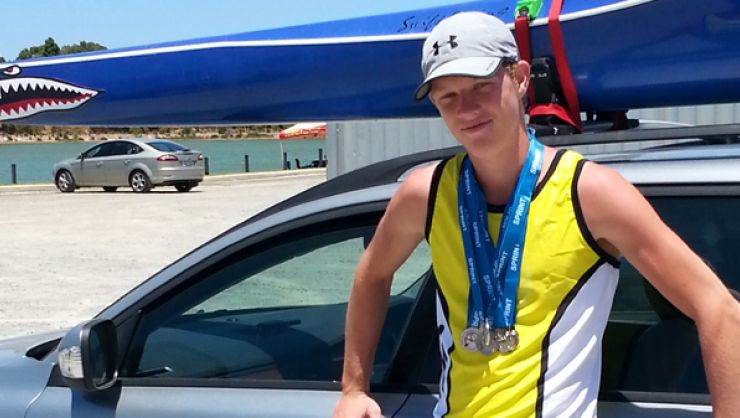 Max competed in two categories - K1 (racing kayak, paddled by one competitor), and K2 (similar, but with two in each kayak).

The races involve stretches of 3.75 km interspersed with a hundred metre portage in between, where the paddler must get out of their craft, pick it up and sprint for a distance, then jump back in and continue the race. If they falter or fall in, it can cause damage or time-loss. There were five portages in the U18 event. Max paddled against some of Australia’s finest Junior paddlers and finished fourth in the K1 event. In the K2 event, competing with WA teammate Luke Dooley, the pair finished with a silver medal, just over two and a half minutes behind the gold medla winners.

In the State Championships held last week in Perth, Max finished in third place in his division. Max is a part of the College Elite Kayak group led by Mr Ben Dallin, and we would like to congratulate him on his achievements.