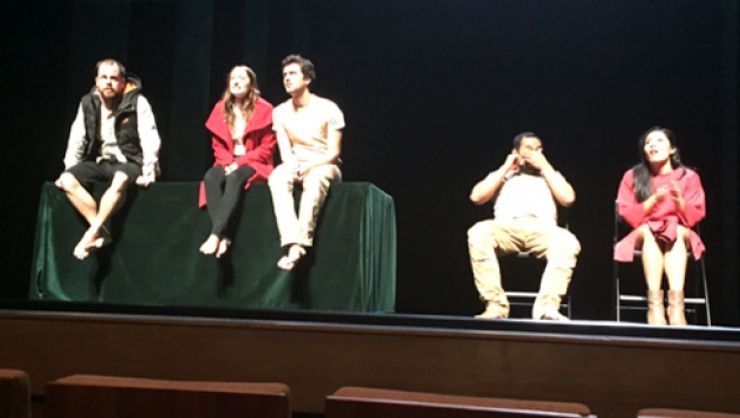 “O, beware, my lord, of jealousy;It is the green-ey'd monster, which doth mock the meat it feeds on.” – Othello

On Thursday 18 August the SCC Literature students were privileged to attend a performance of Bell Shakespeare’s interpretation of William Shakespeare’s powerful play, Othello.

The play was performed in the Heath Ledger Theatre at the State Theatre Centre of WA. The set and costume presented a modern interpretation of the play.

The story follows Othello, a noble general of great authority who is respected and admired by the duke and senate of Venice as well as by those who serve him. He is a Moor, and Iago, his ensign, voices a hatred and viciously stereotypical view of Othello, describing him from the commencement of the play as an animalistic, barbarous, ignorant outsider. Iago plots and brings about the tragic downfall of Othello through his malevolent scheming and manipulation of others.

The play deals with issues of jealousy, love and the marginalising of those who are different. It is a play studied in the Year 12 Literature course and so was an invaluable experience for all who attended.

Some of the actors kindly returned to the stage at the end of the performance to discuss the play with the students present and to answer their questions about the production.