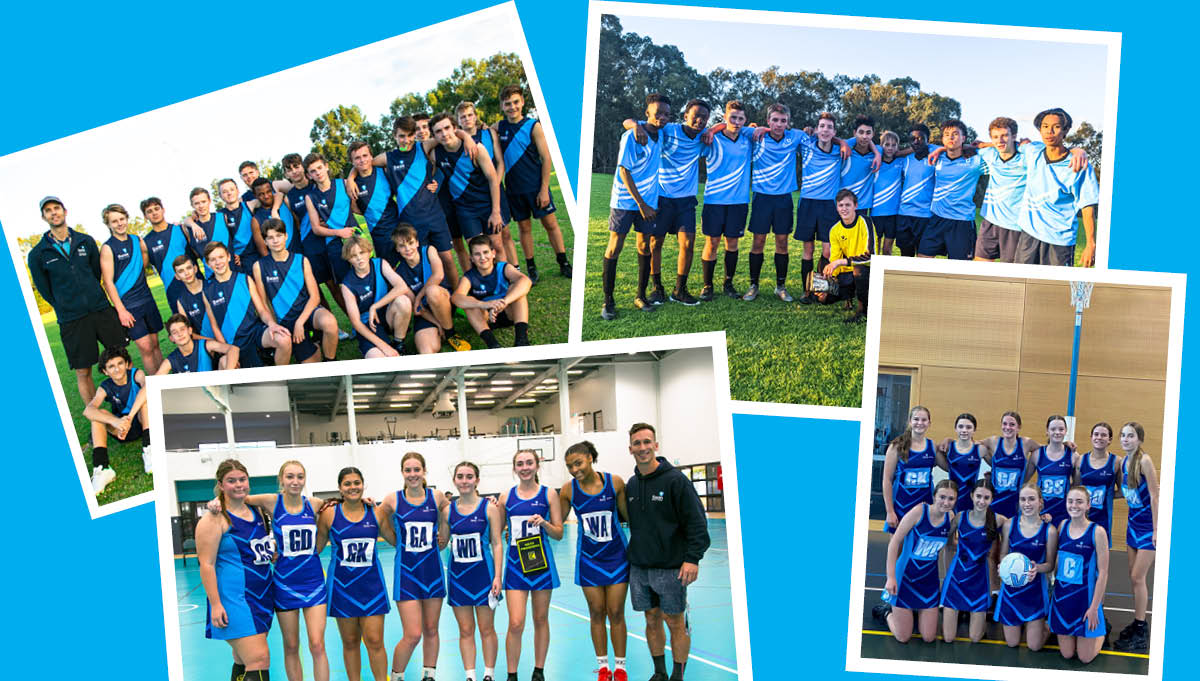 This term Swan had three teams competing in Western Australian Football Commission (WAFC) competitions. Our Year 10-12 girls and boys teams competed well but didn’t make it to finals, however, our Year 8-9 boys team had a good run making the semi-finals of the Eagles Schoolboys Cup.

In the semi-final Swan hosted Darling Range going down by 27 points, with a slow start ultimately costing the team. A special thanks to the Year 9 Specialist Football class teacher Mr Anderson for coaching the team. It was great to see the different members of the Swan community on the front oval cheering on our teams this term. Next term we will have our Year 8-9 girls team having their turn!

The North Eastern Associated Schools (NEAS) winter competition wrapped up in Week 10. There are six schools in the NEAS sub-association, with the top two schools from each division progressing to the grand finals.

Congratulations to the following four of our seven netball and soccer teams who qualified and competed in the grand finals:

By making the NEAS grand finals each of these teams will progress to the Associated and Catholic Colleges (ACC) Championships next term. I look forward to seeing how far they can go against the champions of other ACC sub-associations from across WA.